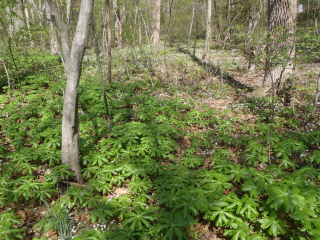 I experienced a strange coincidence on the day of the fire at Notre Dame. The air was cool and the sun was bright so I decided to decided to venture into the small patch of woods behind my house. From my gazebo I could see that the mayapples were out and I wanted to take a closer look. I came upon a spot barely twenty meters behind my garden shed and a feeling came over me of entering a sacred space. There was nothing spectacular or particularly notable about this spot, but the spirits of the forest and my God spoke to me in harmony. This harmony may seem odd to most, but it is quite natural among many of Lithuanian descent. We were the last pagans of Europe becoming Christianized only late in the 14th century. Among the peasantry, the old ways held sway much longer. Some of us never fully abandoned the old ways. The forest spirits are as real as the saints and the Holy Trinity. 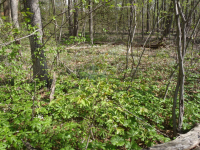 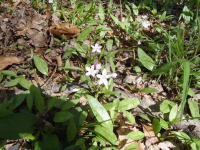 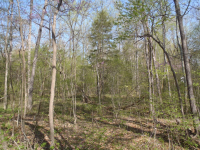 My minor forest cathedral brought forth this harmony and that gave me great peace. The mayapples were up, but not yet in bloom. The fiddleheads of the Christmas ferns were rising from the fallen fronds of last year, how appropriate for both Spring and Easter. The forest floor was carpeted with a small white flower which I have not yet identified. The small flowers were accented by subtle and beautiful rose colored lines. I meditated upon their beauty. The taller trees have only just started to leaf out allowing the perfect sunlight to bathe the forest floor. Such beauty and tranquility. Feeling rejuvenated, I returned home. 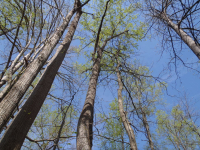 A few hours later I watched the news of the fire at Notre Dame. I experience the same shock and feeling of loss as most, although certainly not to the same extent as many. I thought back to my lone visit to that cathedral back in 1982. As I climbed the spiral stone steps to the bell tower I remember feeling like Quasimodo. I was impressed by such an ancient and sacred place. Even then I thought back to an ancient and sacred place of my youth. There was a massive boulder, a glacial erratic, deposited on the crest of a ridge by the last retreating glacier very close to my Connecticut home. I would often make the pilgrimage to this boulder, climb to the top and contemplate its frozen journey from far to the north. I felt the same miraculous sense of awe meditating in that sacred place as I did serving mass with Father O’Dea as he consecrated the Host. Somehow I reconciled this duality of faith. I still do.

This entry was posted in Religion, TTG. Bookmark the permalink.