The Snowden Ruckus By Richard Sale 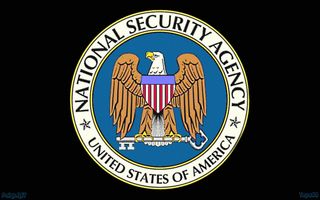 A u.s. Senator warned that
“NSA’s potential to violate the privacy of American citizens is unmatched by
any other U.S. intelligence agency.”

“Tons of electronic surveillance equipment at this
moment are interconnected within our domestic and international common carrier
telecommunications systems. Much more is under contract for installation.
Perhaps this equipment is humming away in a semi quiescent state wherein at
present no citizen is targeted but simply scanned…How soon will it be before a
punched card will quietly be dropped to the machine, a card having your
telephone number, my telephone number or the number of one my friends to whom
we will be speaking.”

The sinister statement above was uttered in 1976.

Under the Reagan administration, the NSA could be
authorized to lend its full cryptanalytic support – analysts as well as
computers – to any department agency. By then, the microwaves and the internet
and satellite coverage had transformed human communication. By 1981 there were
domestic satellites in orbit with the capacity of carrying thousands of
circuits.  Each COMSAT bird had 18,000
thousand circuits that record many thousand phone conversations. Literally tons
of billions of words including computer data transfers. Even the mail was being
carried by satellite.

The U.S. Postal Service inaugurated the INTELPOST
whereby anything from blueprints to letters could be transmitted via satellite
and cooperating foreign overseas phone and computer lines. Then came a U.S.
domestic system known as Electronic Computer Originated Mail that carried
messages by satellite anywhere in the country. By 1982, the system was carrying
12 million messages daily and handing 75 billion of letter mail. IBM, AT&T,
Xerox and other major technological giants were joining the program.

The greatest transformation came in U.S. spying and
that same worldwide blanket of microwave signals and satellite intelligence,
the same circuits that gave you your online banking, telegrams and mail had
been diverted to the NSA’s far flung network of dish covered intercept stations,
and, one of these was the Air Force Communications intelligence unit that
picked up fragments of the Soviet Air Defense System near Alaska near Sakhalin
Island. They picked up fragments of on-board chatter from Soviet fighters and beamed
to Elmendorf Air Base. At the time the NSA had twenty three “floor units”
scattered around the world and listening in. A top Secret clearance was only an
entrée into these activities.  (In the
1889 there were 22 secret clearances above Top Secret. That may have changed
and probably have but there used to be such things a Top Secret Umbra or
Special Activities Office clearance were above Top Secret, for example, who have
access to special orbit intelligence, etc. The U.S. Navy Security Group
Activity was another group that monitored the Soviet Navy. There was also the
U.S.  Army’s Intelligence and Security
Command that spied on the Soviet Army in Europe the Soviet Army and
Intelligence command that included Afghanistan. The outfits use people with
high IQs only. The National SIGINT Operations center was set up in the 1970s by
NSA to monitor every crisis event.  It
became known at the intelligence command center of the United States.)

The SIGINT got where it is today by being the most
accurate way of collecting intelligence, a method that avoids the mental
distortions of a HUMINT source as well as the errors of the interpreter of that
source.

So I do not quite understand the uproar of Snowden’s
revelations except it reveals the mainstream media doesn’t read and doesn’t
bother to acquaint itself with the past.

The shock that came with the discovery that the
United States had listened into leaders in 2007 summit should not have come as
a surprise. Inside the CIA’s Directorate of Operations there is something
called the Bureau of Leadership Analysis.
This group used to focus on such things as acquiring sources within Kaddafi’s
inner circle and such chores. Their task is to develop intimate information
about the meeting participants and then spy o the proceedings.   In Washington in 1987, (I believe) Gorbachev
visited President Reagan, and the CIA hired lip readers to watch every
conversation, and waiters were armed with listening devices, and all the rooms
were bugged. (Lip readers only got about 30 percent of what was said. ) From
sources in the FBI I knew every waiter
in the Madison or Jefferson Hotels who was working undercover for the
KGB. The Soviets were so good at this electronic eavesdropping that in the mid
1980s, they built a new U.S. Embassy from a detailed model crafted out in the
wastes of Siberia. When it was on the brink of being installed, U.S. spies
found the whole building was in fact a listening device. By that I mean, that
the arch of a doorway was assembled in such a way that it picked up every
conversation. The Soviets seeded the buildings with hordes of bugs that could,
with work be discovered, but we got wise to it and got ourselves a new
building.

So I am quite puzzled at the new uproar about what
seems to me old news.  Perhaps I am not
grasping the story correctly. I would enjoy people setting me straight.

It seems to me that the real menaces of the privacy
of U.S. citizens are marketers who plot every visit to a web site, every
purchase in a store or on line, to make a pattern out of our habits to relieve
them of our money. That is the real and enduring threat.  Richard Sale

34 Responses to The Snowden Ruckus By Richard Sale