Posted on February 5, 2020 by Andrei Martyanov 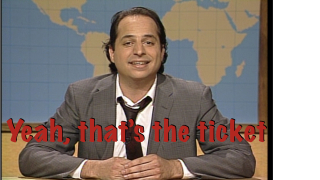 We all knew it was coming and RT has a preview of coming attractions.

The White Helmets have shot a new fake video of 'Assad's chemical attack' in Syria's Idlib, the Russian MoD has said. The movie, co-produced by the notorious White Helmets, is expected to be released shortly on social media. Production of the new film was concluded on Tuesday in the village of Zerba, located in the militant-controlled part of Syria's Idlib province, the Russian Center for Syrian Reconciliation has said, citing several independent sources.

The video, shot by the notorious White Helmets group in cooperation with local terrorists, purports to show the aftermath of a "chemical attack" on civilians by Syria's government troops.

The footage, according to the MoD, shows 'rescuers' wandering around in a thick plume of "mustard-colored gas" and attending to the 'victims' of the staged "attack."  (RT)

The usual suspects can be expected to be in high dudgeon shortly about the dastardly Assad regime. Among those suspects I expect to hear from that fat bastard Pompeo. He already issued a statement yesterday condemning “the continued, unjustifiable, and ruthless assaults on the people of Idlib.”

Well, what else do they have? The jihadis are having no luck in stopping the SAA. They’re about to lose Saraqib and surely much more. The hastily established Turkish “observation posts” are certainly not intimidating the SAA. Erdogan’s hysterics about the crumbling Astana plan is falling on deaf ears in Moscow. Why not roll out that old “those monsters gassed us” routine once again. Yeah! That’s the ticket!

This entry was posted in Borg Wars, Syria, TTG. Bookmark the permalink.