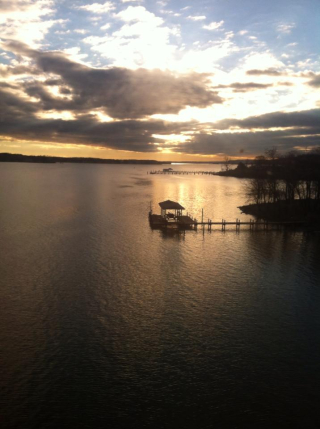 NORFOLK, Va. (AP) — Inez Pruitt has watched the coronavirus spread throughout the world from the relative safety of Tangier Island, a small fishing community in the middle of the Chesapeake Bay. But the virus is now as close it can get without crossing the water, infecting people on the Eastern Shore of Virginia and Maryland. “I feel like if we got COVID, it would be devastating,” said Pruitt, a physician assistant who operates the island's health clinic. “In my head it has a very high potential of happening. I just hope to God it doesn’t.”

Reachable only by plane or boat, the dwindling community of fewer than 500 people has reported zero cases of the coronavirus. And though its one school and two churches have shuttered, life has continued at a level of normalcy that much of the nation lost weeks ago. Far fewer people on Tangier are wearing masks than in much of the U.S. Its watermen, who anchor the economy and make up much of the workforce, still pull up crab pots and sell their bushels to buyers on the mainland.

Only one restaurant is open this time of year, so only one had to close its dining room. The island still celebrated Palm Sunday and Easter, albeit in a long procession of golf carts and other vehicles that circled the island. “It’s sort of like we’ve been in a safe haven,” Mayor James “Ooker” Eskridge said. “We feel more protected.” Tangier has come to be viewed by some in America's stifled East Coast cities as the perfect escape. “I’ve had folks call me up from all over and say, ‘Would it be OK if I flew in just to walk on the beach?’” the mayor said.

The mayor said he has discouraged such visits, but small planes have landed in recent weeks. The island also told a New York-based production company that was filming a possible television show about Tangier to stay away until the pandemic subsided. But the community’s protective isolation could also be its undoing if the coronavirus comes ashore. Disease can spread fast in the close-knit community, which hasn’t had a full-time doctor in half a century.

These days, a doctor usually flies to the island every other week. People who get really sick must be taken to a hospital on the mainland. About 40% of Tangier's inhabitants are more than 60 years old and therefore more vulnerable to the virus. Over the winter, a flu spread quickly and infected more than 50 people, Pruitt said. One person almost died. Another had a heart attack.  (continued at AP News)

I hope Tangier’s luck holds out. Between rising tides and subsidence, I doubt the island can hold out for another generation. It's loss will be a shame. It is a regional treasure. The Northern Neck will still be with us. The danger here is development, but I have confidence in the people and even the politicians. Congressman Rob Wittman is a great champion of the Bay and the watermen who make their living from her waters.

I found this video produced for a Northern Neck real estate salesman. The subject, Dr. Emory Lewis, is an obviously very well off retired physician who grew up on the water. He served as a Naval lieutenant during Viet Nam and went to medical school on the GI Bill. I hope you enjoy the video as much as I did. And here’s a story from the Richmond Times Dispatch about his retirement hobby as an oysterman. With all the restaurants shut down, I wonder if he’s selling directly to the public.

What gives me hope for the Northern Neck is the way Stafford is treating her Potomac shoreline. We have the Crows Nest Wildlife Preserve, one of the finest natural areas in the Chesapeake Bay region. We have Aquia Park and the newly created Widewater Park. We also have local watermen still able to make a living. Decatur’s Crabs has been in the Widewater area of Stafford long before I moved here. As long as the crabbin’s good, they sell in Fredericksburg daily and on weekends just down the road from me in northern Stafford. Here’s a video of two of their boats, newly refurbished for the season, leaving True North Boat Works, near Stingray Point where the Rappahannock empties into the Bay. And just because I like the water, here's another video of the "Crabman" setting out crab traps and bringing in the Mothers Day crabs.

The photo at the top of this post is of the Potomac River as seen from VRE commuter train. I took that ride from Quantico to Alexandria almost every day for over six years. It was glorious during those times of year when I could catch that sunrise on the way to work. Sometimes I would catch watermen loading their crab traps on their skiff and deadrise workboats. It was a great way to start a day. That’s the Maryland shoreline in the distance. As I recall, this is the River that Claude Devereux crossed in the middle of the night as he infiltrated Union lines on his espionage mission.