WE’RE NOT GOING TO BE SUCK THIS YEAR – TTG 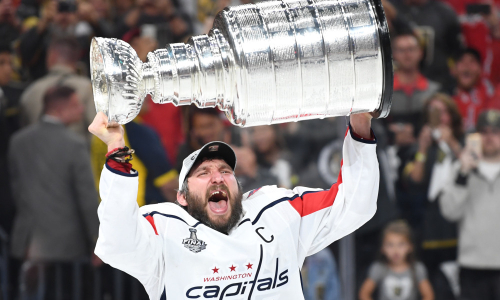 The Caps, my beloved Caps and their crazy 8 captain, Alex Ovechkin won the Lord Stanley Cup in Las Vegas tonight. Slava Sasha! During an interview before the season started, Alex was asked how the team would perform this year. Alex’s response was the prophetic, “we’re not going to be suck this year.”

Na pravda, Ovi, you are not suck this year.

I won’t bore you further with my exuberance. You can catch all the news at the other blog I read religiously, RMNB or Russian Machine Never Breaks, another literary gem coined by Ovi.

Oh! By the way, Alex Ovechkin and his wife, Nastya Ovechkina, are expecting their first child.