Posted on February 16, 2006 by Michael Chevalier 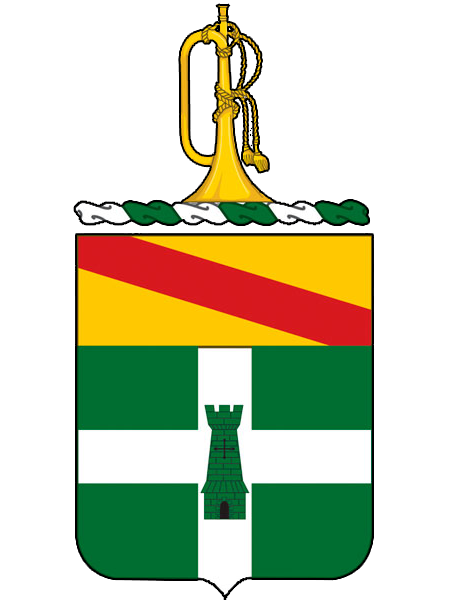 "Coat of Arms of the 3rd Cavalry Regiment"

"Ultimately, 1,400 police officers were recruited, about 60 percent of whom were Sunni Arabs, many of them from elsewhere in Iraq. In addition, the city has about 2,000 Iraqi troops, and a working city council and an activist mayor. A few feet from where the city council meets is a new Joint Operations Center, set up to collect intelligence tips and act on them. The Army officer running the center, Lt. Saythala Phonexayphoua, said he has been surprised by the amount of "actionable intelligence" troops receive.

Phonexayphoua noted: "We get cell phone calls — ‘There’s an insurgent planting an IED.’ "

Last summer, there were about six insurgent attacks in the area each day. Now there is about one, according to U.S. military intelligence."  Washpost

Hallelujah!!  Someone gets it!  McMasters should be jumped a couple of grades to major general.  "Always reward success," Napoleon said.  Always!  Colonel McMasters is a man deeply learned in history.  History is a much neglected thing these days in the US Army.  Let us hope that he does not suffer for his learning.

This entry was posted in Current Affairs, Politics. Bookmark the permalink.