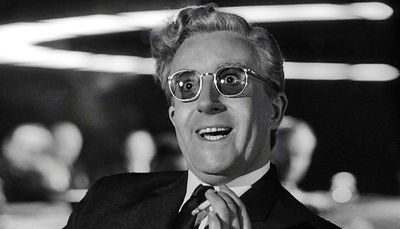 In his eight years at the helm of the country’s electronic surveillance agency, Alexander, 61, has quietly presided over a revolution in the government’s ability to scoop up information in the name of national security. And, as he did in Iraq, Alexander has pushed hard for everything he can get: tools, resources and the legal authority to collect and store vast quantities of raw information on American and foreign communications.

To some of Alexander’s most vociferous critics, Snowden’s disclosures confirm their image of an agency and a director so enamored of technological prowess that they have sacrificed privacy rights.

“He is absolutely obsessed and completely driven to take it all, whenever possible,” said Thomas Drake, a former NSA official and whistleblower. The continuation of Alexander’s policies, Drake said, would result in the “complete evisceration of our civil liberties.” (Washington Post)

General Alexander is a true believer, just as surely as the most fervent salafist jihadist. His faith is national security. He has taken an oath to support and defend the Constitution, but he interprets this oath differently than I do. He, like Obama, sees protecting the American people as his first duty. They're both wrong. They're as wrong as Brennan and his "honor the oath" crusade at the CIA. Wrong oath, John!

The challenge for the CIA is to find the relevance is the ocean of information when something happens. The first step is for "data scientists" to save and analyze all digital breadcrumbs — even the ones people don't know they are creating (i.e. "More is always better").

"Since you can't connect dots you don't have, it drives us into a mode of, we fundamentally try to collect everything and hang on to it forever," Hunt said. "It is really very nearly within our grasp to be able to compute on all human generated information."

He ends with comments about how the "inanimate is becoming sentient," how cognitive machines (e.g. Watson) are going to "explode upon us," and how technology is moving faster than governments, legal systems, and even individuals can keep up. (Business Insider)

This is from a presentation given by Ira "Gus" Hunt, the CIA CTO, at a recent tech conference in New York. The slide show is enlightening in its grasp of the future of information technology and its total dedication to the cult of national security.

Whatever you think of Snowden (I consider him a patriotic whistleblower), he gave a shot of adreniline to the struggle to protect the Constitution against the cult of national security. There appears to be some legislative activity. Representative Rush Holt (D-NJ) wants to repeal our post-9/11 security apparatus and start over with an emphasis on protecting Americans from government surveillance. Good thought, but a longshot at best. Representative Justin Amash (R-MI) wants to offer an ammendment to the defense appropriations bill to defund those collection and surveillance programs that collect on Americans. That's a damned good approach. Along with fifteen other representatives, Amash filed an amicus brief with the Foreign Intelligence Surveillance Court (FISC), urging the court to release its secret opinions interpreting Section 215 of the Patriot Act. Senators Wyden (D-OR) and Udall (D-CO) and 26 other senators are pushing for more, less clever answers from Clapper. I don't think Wyden is going to let go of Clapper. Alexander needs the same scrutiny. They both lied to Congress blatently.

Secret laws and mass surveillance are incompatible with our Constitution. They have no place in America. I wish the senators and representatives that realize this truth success in their efforts to correct these wrongs. We, as citizens, need to step up. Coverage of these important issues is out there, even if it is buried. I recommend checking out the twitter pages of Glen Greenwald (@ggreenwald) and Jacob Appelbaum (@ioerror) for pointers to what is happening.

And finally, my gentle readers, I leave you with this one thought.

This entry was posted in Current Affairs, Intelligence, TTG. Bookmark the permalink.