HOW NAFTA HELPED TRUMP GET ELECTED 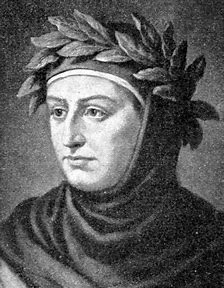 “A United Auto Workers member and team leader at Ford Motor Company’s Wayne [Michigan] Assembly Plant, backed Bernie Sanders in the Michigan primary, but supported Trump in the general. He told the Detroit News that, “neither the Democrats nor Republicans are for the working man. But Trump gets it.” (The Daily Caller, Nov. 13, 2016)

Yesterday at the White House, Trump announced “a really good [trade] deal for both countries” (US and Mexico).   “They used to call it NAFTA,” Trump said.  “We’re going to call it the United States-Mexico Trade Agreement, and we’ll get rid of the name NAFTA.  It has a bad connotation because the United States was hurt very badly by NAFTA for many years.”

Glenn Kessler at the Washington Post (MSM) likes to “fact check” what Trump says, using his own statistical lens.  Kessler brands his Fact Check writings with a Pinocchio cartoon – with the puppet’s nose in maximum elongation. Sometimes, however, the WaPo’s own statistics could be accused of sins of omission.  So far, Kessler hasn’t commented about NAFTA.

But, just in case the Senate, House, the MSM, Wall Street bankers, and TV talking heads flood the country with confusing statistics about NAFTA, here’s a few numbers to keep in mind.

In a Presidential election debate in 1992, third party candidate, H. Ross Perot, who opposed NAFTA, said, “We have got to stop sending jobs overseas. It's pretty simple: If you're paying $12, $13, $14 an hour for factory workers and you can move your factory South of the border, pay a dollar an hour for labor,…have no health care—that's the most expensive single element in making a car— have no environmental controls, no pollution controls and no retirement, and you don't care about anything but making money, there will be a giant sucking sound going south.”

Perot didn’t win the election, but he scored an amazing 19% of the popular vote in November.   His debate performance, especially on NAFTA and other economic issues concerning the middle class, catapulted him from the single digits.  Bill Clinton won, the Bush family blamed Perot’s candidacy for George H.W.’s defeat, and NAFTA came into effect in January 1994.

Perot’s “giant sucking sound” warning was still echoing in the 2016 election, among some who hadn’t even been born yet.

cousin
View all posts by BabelFish →
This entry was posted in Uncategorized. Bookmark the permalink.