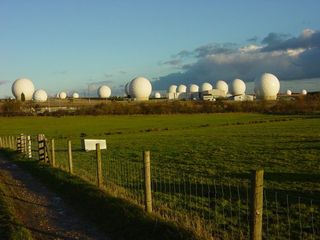 A close inspection of the material in these Wikipedia articles will reveal that not only do "Gentlemen read others' mail" but they do it in international cooperative groups and often for decades at a time, many decades.

"The UK/USA intelligence community was assessed by the European Parliament (EP) in 2000 to include the signals intelligence agencies of each of these member states:
the Government Communications Headquarters of the United Kingdom,
the National Security Agency of the United States,
the Communications Security Establishment of Canada,
the Defence Signals Directorate of Australia,
the Government Communications Security Bureau of New Zealand, and
the National SIGINT Organisation (NSO) of The Netherlands.
The EP report concluded that it seemed likely that ECHELON is a method of sorting captured signal traffic, rather than a comprehensive analysis too."  Wiki on "Echelon"

Note that all these governments are full participants in Echelon."  No one coerced them into cooperation.  They joined this SIGINT collection alliance because they believed that to do so would be advantageous to their country.  Note the presence of the Netherlands in this group.

The "Technische Aufklarung"  (German SIGINT) is subordinated directly to Chancellor Angela Merkel's office.  It is reported that signal intercept operations by this branch of the BND has increased markedly since she has been in office.

"Frenchelon," the gallic equivalent of "Echelon" is particuarly large and robust.

In the case of the US/UK relationship the two services are so closely linked that might as well be one.

There is no possibility – zero -none, that Barack Obama, David Cameron, Hollande and Merkel did not know of the collection activities of their countries' services.

IMO all this noise is symptomatic of the process of divorce now underway between the US and Europe.   If the hypocrisy emerging from European capitals continues, the cooperation should end.  pl