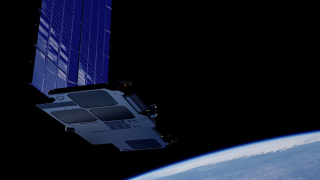 "SpaceX already initiated a private beta testing phase of the Starlink network that has offered ‘good’ results. – “They show super-low latency and download speeds greater than 100 [megabits] per second [Mbps],” SpaceX Senior Engineer Kate Tice shared during the latest deployment broadcast, “That means our latency is low enough to play the fastest online video games and our download speeds are fast enough to stream multiple HD movies at once.” The network is “very much a work in progress,” she added, stating that as more satellites are deployed it will “unlock the full capability.” The company plans to launch 120 satellites per month in order to speed up service initiation."  tasmanian

I watch all the launches of the Falcon 9 Starlink missions.  SpaceX does a great job of producing the on-line show.

The astronomers will just have to learn to live with whatever problems he is causing them.  They are working on taking the luster off the satellites.  That will continue.

My  questions have to do with the business model for this.  Are they going to do central billing for the service?  IOW will a customer in northern Ontario pay the company directly for the system and service?  Can you install it yourself or will you need a paid installer?  IMO the money will really, really roll in.