Will the non-monoparty majority of the GOP be outlawed? 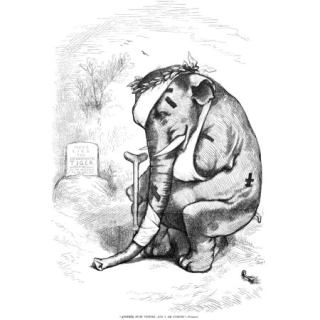 "The Republican Attorneys General Association was involved, as were the activist groups Turning Point Action and Tea Party Patriots. At least six current or former members of the Council for National Policy (CNP), an influential group that for decades has served as a hub for conservative and Christian activists, also played roles in promoting the rallies.

The two days of rallies were staged not by white nationalists and other extremists, but by well-funded nonprofit groups and individuals that figure prominently in the machinery of conservative activism in Washington."  washpost

Be not deceived!  The vast left wing conspiracy intends to destroy all resistance.  It intends to de-legitimize all non-monoparty conservative organizations for the purpose of leaving the Smelly Deplorables a headless mass, unable to communicate and soon to be disarmed.

CNN is attempting to destroy Newsmax TV, which is presently the 4th most watched cable news outlet.

The ridiculously oversized 25,000 National Guard force in DC is being screened and purged to remove any soldier with conservative leanings.  The same process is underway in the Regular military, initiated by people like Secretary of the Army McCarthy, who evidently cannot wait for the inauguration to show his love of the new maximum leader.

Citizens are being urged in the press to observe and report evidence of dissident right-wing political sentiment.

Biden clearly intends to rule from behind the screen of an emerging well-purged praetorian guard and inside well fortified presidential bunkers.

Those officials who had the temerity to question the legitimacy of the election of 2020 will be driven from office by claiming they "incited terrorism."  Will they be charged with insurrection?  We will see.  pl

14 Responses to Will the non-monoparty majority of the GOP be outlawed?