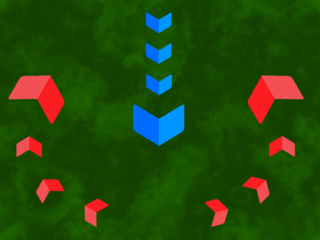 "Rebel control over large sections of the region of Aleppo provides it with a strategic rear and interior lines of communication from southern Turkey. The disruption of rebel held areas of the northern Aleppo governorate, particularly its logistics route north-to-south from the Turkish border through the contested areas around Nubul and al-Zahraa’ to the front-lines of Aleppo, would be a significant blow to the armed opposition."  Terrorism Monitor

This is rather elementary military "strategery."  Actually, it is more like grand tactics.  If you succeed in cutting your opponents' supplyroute deep in his rear area, this ordinarily forces him to turn and fight you on ground of your choice.  This is called a "turning maneuver." In contrast. a tight envelopment on one or both flanks results in a kessel battle.

The Assad government should have managed this on their own without Hizbullah assistance, but I suppose the presence of the authentic Shia in Hizbullah makes the acquisition of village support easier.  Hey! that would work for me if I were running this.  Contrary to the crap in the MSM the Alawis are not Shia.  IMO, they are not even Muslims.  Muslims do not worship a tri-partite god.  pl

This entry was posted in Syria, The Military Art. Bookmark the permalink.