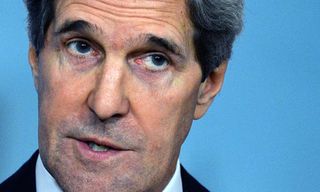 "The Egyptian Foreign Ministry said the raids were carried out as “a last resort” after serious government efforts to mediate a safe exit for protesters.
“After six long weeks of illegal, unauthorized sit-ins,” and after finding evidence of “torture” in the encampments, Egypt’s prosecutor general authorized security forces to break up the camps, Badr Abdelatty, a Foreign Ministry spokesman, said in a statement.
The Muslim Brotherhood said the 17-year-old daughter of a leading Islamist politician, Mohamed el-Beltagi, was among the protesters shot dead as Egyptian police stormed the Rabaa al-Adawiya, firing automatic rifles, bulldozing tents and beating and arresting protesters."   Washpost

If you did not expect this, then you do not know Egypt.  A maximum use of force against the unarmed is just about the only thing the Egyptian police and armed forces know to do or have any taste for.  I am reminded of the Egyptair flight that was hijacked to Malta.  the Egyptian Army showed up and shot the plane completely full of holes killing most of the passengers in the process.  When asked "why," by me for the CJCS (Admiral Crowe) the Egyptian commander said "To kill the hijackers."

As I observed earlier, the military there are not concerned about American opinion.  They don't think the money will be cut off for long.  They have other sources of money.  They are basically an internal security force and do not need the fancy gear that we have provided them.  Abrams tanks, F-16s, etc. are too sophisticated for them to use effectively in actual combat.

There is a lot of talk about "civil war" in Egypt.  I don't think so.  Egypt is not Afghanistan, Iraq or Syria.  The fellahiin (peasant) descended masses are sulllen and have a proclivity for mob action but are not particulary brave.  IMO the military and police will use maximum force to crush the MB and other salafi opponents as political forces.  They will arrest and prosecute all the leaders they can find on various fanciful charges of treason, murder, corruption, etc.   The salafi parties will be outlawed and driven underground.  There, they will fester and occasionally carry out violent actions which will not affect the overall situation.

The utter ignorance and ineffectiveness of Kerry, the NSC staff and the Department of State are once again made manifest.  pl