Posted on December 4, 2016 by Andrei Martyanov 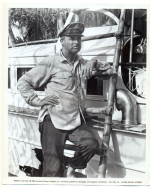 I've got me ten fine toes to wiggle in the sand.

Lots of idle fingers snap to my command.

A lively pair of heels that kick to beat the band.

Contemplatin' nature can be fascinatin'.

Add to these a nose that I can thumb,

And a mouth by gum have I,

To tell the whole darn world if you don't happen to like it deal me out,

Thank you kindly Pass Me By

From "Pass Me By," the opening song from "Father Goose"

“Everywhere we go today across Eurasia, from the Persian Gulf and Caspian Sea to Russia, Kazakhstan, Turkmenistan, and on to China, there is a process underway for the first time since the original Silk Road era of more than two thousand years ago, of building up an entire new economic space, the Eurasian Heartland. Were the Turkish government to join the OBOR [One Belt, One Road] project wholeheartedly, the potentials for a Eurasian transformation would become enormous. It remains to be seen what a USA with a Trump presidency will do or not do to try to destroy this beautiful Eurasian build up. If he is as wise as his sound bites make him sound, he will recognize that this kind of development is the only true future for his United States other than bankruptcy, economic depression and wars of destruction. If not, more and more much of the rest of the world seems determined to go it without the “Sole Superpower.” “

This is the last paragraph of an essay by F. William Engdahl entitled “The Iran-Russia-China Strategic Triangle” in the “New Eastern Outlook” electronic journal. In the author’s bio, he doesn’t say what the F. means. I bet a lot of Neocons say it stands for a synonym for copulating. Old F. William lays how these three countries are steadily moving towards an integrated Eurasian market, not an EU-like single market, but something beneficial to the economies of all sovereign members. The entire essay is worth a read.

Beyond the “One Belt, One Road” that China envisions for the Eurasian land mass, China is pushing the Regional Comprehensive Economic Partnership (RCEP) as an alternative to the withering and near dead Trans-Pacific Partnership (TPP) trade deal.

On the military side, there is the growing relationship between Russia and Iran. Both countries are joined by the R+6 fight against the IS and their assorted jihadi allies. Both countries face the persistent threat of the Wanhabi inspired jihadists. In addition to the S-300PMU-2 air defense systems, Russia is negotiating with Iran to build T-90S tanks and SU-30SM fighters in Iran. Such a deal would draw these two countries very close together indeed.

How will the new Trump administration react to all this? Perhaps he will negotiate bilateral trade agreements so the U.S. will not be shut out of a future RCEP free trade bloc. That might not be a bad approach. The sooner we realize we are not the center of the universe or the indispensable nation, the better. As far as I’m concerned, we would be better off with the attitude expressed in “Pass Me By” from the Cary Grant movie “Father Goose” than than any further pursuit of the Neocon dream. Even Cary Grant rose to the occasion when required.

But I am most concerned about what Trump will do about an Iran that is increasingly integrated into the Eurasian and Asian spheres. Trump and the Republicans are death on the JCPOA deal with Iran. Trump probably because he believes he can do better. The Republicans because the JCPOA is part of the Obama legacy. Flynn, Mattis and many others consider Iran to be the font of all evil in the world and seek to vanquish this dire threat to all things good and American. How does all this square with Trump’s desire to seek rapprochement with Russia? Will he let the events in the far corners of the world pass him by? Tis a puzzlement.

APEC Leaders May Be Looking to China After Donald Trump's Win

US Congress losing mind over Russian Arms Sales to Iran