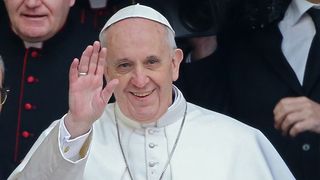 The media are doing their best to twist Pope Franci' words to their own ends.  It has long been the teaching of the Catholic Church that being gay is not sinful.  The teaching is that doing gay is sinful.  Nothing Francis said changes that.  He said that he would not judge people for being gay.  That is merely a matter  of Christian charity and there is nothing new in that.  He said that "the door is closed' in the matter of women priests.  What he meant is that this is a matter of settled church doctrine.  It was pronounced upon as a matter of great importance by John Paul II.  A pope is not an absolute monarch in matters of faith and morals.  He cannot simply reverse the teaching of one of his predecessors.  John Paul II "locked" this in.  Francis says ge wants women to have a greater role in the Church.  He will need to be creative.  pl

This entry was posted in Religion. Bookmark the permalink.