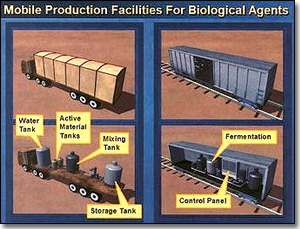 "Materials implicating the forces of Syrian president Bashar Assad in chemical weapons use near Damascus were prepared prior to the alleged incident on August 21, the Russian foreign ministry said.
Moscow continues to monitor closely the event surrounding the “alleged” chemical attack near Damascus, Russian Foreign Ministry spokesman, Aleksandr Lukashevich, said in a statement.
“We’re getting more new evidence that this criminal act was of a provocative nature,” he stressed. “In particular, there are reports circulating on the Internet, in particular that the materials of the incident and accusations against government troops had been posted for several hours before the so-called attack. Thus, it was a pre-planned action.”
"  RT.com

Well, well …  Tell me how this is different from the machinations of the Bush "Iraq Group?"  Tell me.  Tell me why the government stooges who claim to be journalists
confidently assert that "we all know" that the Syrian government did this.  Tell me.  pl