SHORT AND SHARP: SHOWDOWN AT ALEPPO 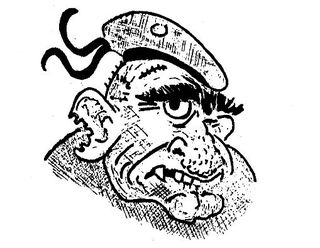 It is basically happening as you are reading this post. The SAA has launched further operations in Northern Aleppo which could prove decisive in cutting off what is left of the rebel forces of NW Syria from their LOCs and bases in Turkey. This new offensive had been building up for the past few days. The only thing uncertain was which main direction it would take …

Well, it looks like the SAA and its allies decided and try and open the way to the Zubl and Zaara enclave, a small Shia area North-West of Aleppo that has been encircled for quite some time. The move into Zubl, which is actually a two pronged offensive, as the troops inside the enclave are also pushing towards SAA lines, will cut off the rebels' main LOC towards Azaz, the border-post to Turkey, thus preventing any resupply in manpower, weapons and ammunition getting into Aleppo, or Idlib, from that direction.

In combination with another ongoing operation aimed at retaking the power plant East of Aleppo, currently in the hands of ISIS, it is clear that the R+6 is going for a decisive move in that area. The nature of the terrain, which favours combined arms by large armoured troops much more than in mountainous Latakia, should give the R+6 a large advantage, considering in particular the rebels' depleted ATGM stock and the increasing use of electronic countermeasures and devices by SAA armour (as announced already in November on SST).

As the R+6 are moving forward in Latakia province as well, closing in on the border to Turkey, the new offensive in Northern Aleppo constitutes pretty much the Eastern component of a large pincer move that will aim at isolating Aleppo and closing in on Idlib, with the overall objective being to crush whatever is left of the rebel forces in a modern version of a "Kesselschlacht". Should the junction be made with Nubl and Zaara, no doubt the next thrust will be towards Bab al-Hawa, the main border-post West of Aleppo. And if this happens, the noose around the rebels neck will be so tight, that only face-saving negotiations and compromise in Geneva will possibly save them from military destruction.

That would leave the question of ISIS and the Kurdish involvement in the war wide open. Currently, YPG militias control much of the border to Turkey, in particular the area of Afrin. They have been involved in major battles against ISIS as well as sporadic fighting against Turkmen and other rebel groups East of Afrin. If these groups are cut off from Aleppo and Idlib, they will probably have to move back into Turkey and hope for Turkish military support in order to survive. The rebels' lifeline in Northern Syria would be lost though, either to R+6 or Kurdish YPG.

What would happen next is open to conjecture, but other than the predictable "Kesselschlacht" around Idlib, it is likely that R+6 military efforts would also focus even more on ISIS. The Jihadi throat-cutters are probably not looking forward to developments over the days to come, as they risk being next in line for a decisive military action. Anything West of the Euphrates might be up for grabs if the R+6 and YPG decide to go for it, and ISIS might lose its grip on these territories.

50 Responses to SHORT AND SHARP: SHOWDOWN AT ALEPPO