Thanks Pelosi, You and your Friends Are To Blame for Growing Hunger. by J 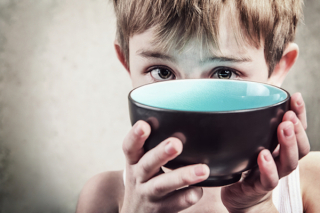 President Trump tried to initially give his fellow Americans $10,000 -to $15,000 a piece for starters to help get them through the tribulations that he saw coming.  Pelosi the Speaker of the House and her Communist Cohorts and Deep State plants in the Congress didn't like that.  It would have taken away precious dollars out of their personal slush-funds, private contractor buddies, and black projects funds.  Fifteen grand is not even a mere pocket change for the amount of Taxpayer money that the Congress funnels out of sight/out of mind away from the prying eyes of the  American public every year.

Because of Pelosi's road-blocks, there are long, and I do mean LONG LINES at the Food Pantries and Soup Kitchens, hoping there will be something there that will get them through the hunger they are experiencing.

Pelosi and her $25 grand refrigerators and $15 dollar ice cream that she is having to 'endure' when ever she spouts that we're all in this together mantra, hasn't got a clue, nor does she care about the horror she is causing her fellow Americans.

The poor are always the one getting the shaft, because of factors beyond their control, like the devastation of the lockdowns heaped upon them by fat-cat Pelosi and her Commie Deep State buddies, and not to forget Fauci, NY Governor, CA Governor, LA Mayor, and NYC Mayor's who have pressed and pressed for lock-downs.  J

This entry was posted in Current Affairs, government, J, The economy. Bookmark the permalink.

6 Responses to Thanks Pelosi, You and your Friends Are To Blame for Growing Hunger. by J