“… the Genie is out of the bottle” Kunuri 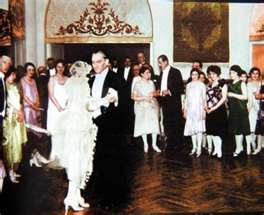 I just got home late tonight from Taksim square after witnessing surreal
scenes. No, no tear gas attacks and police panzers running over people
tonight as the previous two nights. A German pianist driving a grand
piano on a truck right on to the police sequestered Ataturk statute in
the middle of the square and playing nocturns and sonatas from Bach,
Chopin and Beethoven, occasionally replaced by Turkish pianists doing
the same, an American Tourist or Expat getting up to sing Hallelujah,
the great gospel song to the joy of thousands of protesters. I yelled
until my throat was hoarse for them to somehow play "We shall overcome"
but I guess that's for another time.
Even the police right next to protesters by now listening in intently.
Mothers of protesters forming a human chain in front of the riot police
and panzers, as they are called here, water cannon rigs really, deriding
them into shame, shaking fingers.
An opera singer singing an excellent rendition of O sole mio in eery
quiet.
A barricade of construction debris at the gate of the Park manned by
some of the hot head so called extremists.
A fully functioning field hospital with at least 5 ambulances ready, all
staffed by volunteers, by MDs, medical students and their profs,
perfectly organized and ready.
A human chain at the back of Gezi Park continuiously passing along food
through a human chain much needed supplies, donated by people.
An enourmous number of construction helmets on the heads of protesters,
now very expensive, appereantly supplied by worried mothers and fathers,
at the least not able to prevent their sons and daughters from joining
in the protests and occupation. Gas by now has become a joke, and being
gassed a badge of honor.
An incredible spirit of solidarity, clarity of purpose and resilience
among protesters, from the first dayers to curiousity seekers populating
the area now.
Police hanging out in critical crossroads in platoons looking tired, and
dejected. After all, they overextended themselves firing salvo after
salvo of teargas at their fellow countryman. One can read the shame and
helplessness on their faces.
European and US media everywhere, whom I seek out with my fellow ex pat
US friends and give them the on the ground reports, sometimes
translating comments from protestors, helping them conduct candid
interviews.
No, I just read the comments above rather hastily now, everyone please
dig in a little deeper before posting here, or going global and linking
to what's happening in Taksim square to world events in general hastily.
This is more local. The young, geeky kids I meet here everyday are
connected to the world, they do not hate the US, as the previous
protesting generation did, they are self confident, and really, are just
themselves. And they do not care about the EU. This is really, really
different than Prague Spring, US anti-war demonstrations, Occupy Wall
Street, Tahrir, Tianemen Square, Orange Revolution and others.
And Albayim, this goes beyond head scarves as symbol of a particular
world view, or beyond everone being soldiers of Ataturk as is chanted
here sometimes. This may be the world's first apolitical political
revolution. Singing the nationalistic songs were at best tepid,
head-scarved girls walk together and jabber with girls in t shirts and
jeans, there are no party flags. As best as I can see, this is the most
credible proof that I have ever seen that Ataturk's reforms had set root
irreversibly no matter what. SO RTP government complains that Turkey's
image around the world has been damaged. His own maybe, but when the
world wakes up to the fact that Turkey is not an Islamic Democracy, but
just a normal Democracy that happens to be Muslim in majority, with an
antithetical, modern but virile, productive, global and areligious
minority, then that image will change for the better.
And about the 50% that elected Erdogan…They are watching. I think now
judging from the pitiful performance of the Turkish media (non)covering
the events, whether they have been lied to also. At least their young
are watching and tweeting Taksim square and their cool-looking
rebellious, well educated, worldly peers. And maybe wondering behind
their externally imposed blinders and headscarves.
In the next post I will try to link some sources for all those
interested in actually seeing and reading level headed commentary on
what's going on, but really, its not difficult to find out with a simple
search, there must be a hundred media correspondents and TV, photo
crews on the square right now.
Like I said earlier, it would be premature to start to put all that's
happening here in geopolitical terms yet. But what can be said without
doubt is that the Genie is out of the bottle and it can't be bad.
And no, the Army will not interfere, they are not needed, and no, he
will not dare to crush the uprising by force. And yes, he is out of the
Syria game effectively now.
And again, apologies for the hasty exposition.- Kunuri

This entry was posted in Turkey. Bookmark the permalink.

43 Responses to “… the Genie is out of the bottle” Kunuri