A widespread but poorly executed plot? 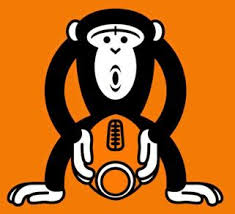 We watched the quadripartite building security camera show last night on several TeeVee news shows.  You know, the one in which the poll workers shoo the GOP poll watchers and press out of the big counting room at the Farm State Arena and then pull suit cases of something out from under a table and get to counting.

Several interesting things about this;  1.  They all seem to have been pre-briefed and are acting as a team, 2.  They seem oblivious of the permanent security cameras in the room, 3. The GOP somehow obtained these tapes.  Outraged security guard maybe?

The governator of Georgia, a one time Trumpista, now says that maybe, maybe something bad happened in that room, maybe.  And maybe, maybe, there should be an audit.

It seems to be the case that a lot of effective skullduggery happened in quite a few states in this election, but it was poorly and clumsily done.  A lot of it was more or less in plain sight if one had eyes to see.  Truck drivers were tasked to haul pallets of Biden ballots from place to place.  Biden ballots were run through counting machines ten times.  Remarkable!  Magic computer networks!

This sounds to me to be something like a plot cooked up by a group of self important but not too clever Ivy grads sitting around at somewhere like … Brooklyn?

"We could do this" one cries out! "We could make it happen!"

So, the concept was great, but the execution was piss poor (army talk).  This may bite them in the ass yet.  (more army talk)  pl

85 Responses to A widespread but poorly executed plot?