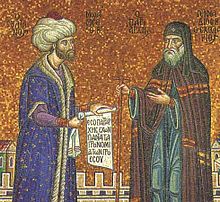 "Secretary of State John Kerry's public assertions that moderate Syrian opposition groups are growing in influence appear to be at odds with estimates by U.S. and European intelligence sources and nongovernmental experts, who say Islamic extremists remain by far the fiercest and best-organized rebel elements.
At congressional hearings this week, while making the case for President Barack Obama's plan for limited military action in Syria, Kerry asserted that the armed opposition to Syrian President Bashar al-Assad "has increasingly become more defined by its moderation, more defined by the breadth of its membership, and more defined by its adherence to some, you know, democratic process and to an all-inclusive, minority-protecting constitution.
"And the opposition is getting stronger by the day," Kerry told the Senate Foreign Relations Committee on Tuesday.
U.S. and allied intelligence sources and private experts on the Syrian conflict suggest that assessment is optimistic.
While the radical Islamists among the rebels may not be numerically superior to more moderate fighters, they say, Islamist groups like the al Qaeda-aligned Nusra Front are better organized, armed and trained.
"  Reuters

In Kerryland, the Syrian rebels are brave, clean, loyal, tolerant.  Altogether they are in his world a lot like Boy Scouts.  Like the Boy Scouts they are homophobic and do not want women in their "ranks."  They shoot PWs in the back.  They burn churches much as their "brethren" in Egypt do.  The jihadis in Syria freely express their intention to abolish the state of Syria and create an Islamic emirate that would be a stepping stone toward their goal of creating a larger and more unified umma under Wahhabi, Sunni rule.  pl

"Christians make up roughly 10% of the population. Syria is ruled by a government dominated by Alawites, whose faith is an offshoot of Shiism. The regime is opposed by an opposition with a large Sunni presence.
Aid agencies say Syria's 2 million Christians are often targeted for suspected sympathies to President Bashar al-Assad's regime. Two top bishops have been kidnapped; a well-known priest is missing.
Antoinette Nassrallah, the Christian owner of a cafe in Maaloula, told CNN last year she had seen government TV images depicting radical Muslim attacks on Christians. She said she has heard about such violence in Aleppo.
"For now in our area here it's fine," she said last year. "But what I heard, in Aleppo, they are killing, destroying many of churches — very, very old churches."
Many of Syria's Christians have fled to Lebanon where they shelter in monasteries."  CNN

The present Syrian government is the protector of religious minorities.  If you pray, pray for the people of Maaloula.  pl

This entry was posted in Current Affairs, Syria. Bookmark the permalink.