The Curious Silence of the Traitors by Larry C Johnson

Remember when John O. Brennan–Obama's CIA Director–and disgraced FBI agent, Peter Strzok, were regularly spewing anti-Trump diatribes on Twitter? Well, Strzok went silent on 11 July 2020 and Brennan did the same a week later (18 July 2020). I do not think that is a coincidence.

I have now heard from three separate sources that John Durham will have plea deals and/or indictments before 1 September 2020. Two of the first heads to roll likely will be lying lawyer Kevin Clinesmith, who deliberately withheld exculpatory from a FISA application to spy on Carter Page, and lover boy, Peter Strzok.

And then there is the retarded fool, John Brennan, who fancies himself as the Mozart of the Intelligence Community. Sorry John, you do not even qualify to clean Salieri's toliet. Until 9 days ago, John was a regular tweeter hurling foul invectives at Donald Trump.

Here are two examples of their July 11 screeds: 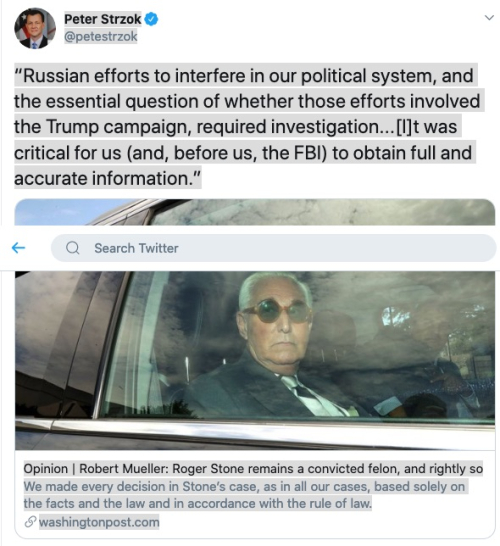 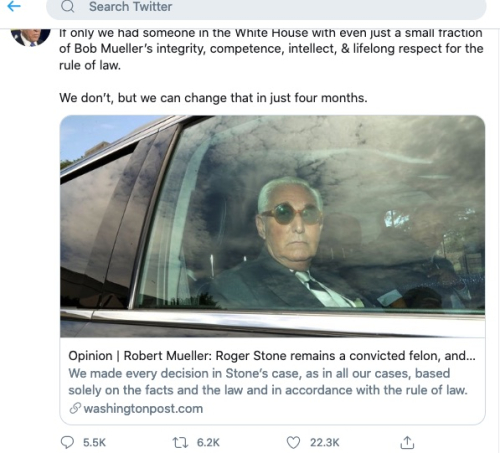 Trump's commutation of Stone apparently pushed them over the edge. Boo hoo. But since then it has been crickets from these two chowderheads.  Has the past caught up with them? At least in Strzok's case he has retained legal representation. No indicator yet about Brennan. A competent lawyer would understand that tweets, especially those attacking the Trump Administration, is a potentially dangerous, self-incriminating activity.

More than two weeks of silence from Strzok and one week from Brennan does not appear to be a mere instance of having nothing to say. Lack of substance has not prevented these two buffoons from shooting their mouths off in the past. Is the day of reckoning nigh?