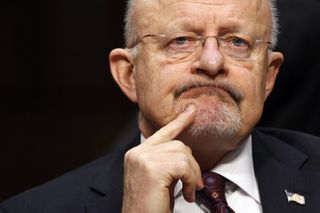 The DNI has now admitted in writing that he lied under oath to the senate.  He must resign or be fired.

I renew my call for his depature.  pl

69 Responses to Clapper should resign.