“A Response to Eric Alterman” by Max Blumenthal 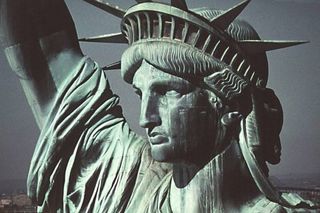 "I am eager to debate the issues raised in my new book, Goliath: Life and Loathing in Greater Israel (Nation Books), the result of over four years of on-the-ground research and reporting. Whatever one’s opinion of possible resolutions of the Israel-Palestine crisis, I have dedicated my work to presenting the facts as clearly and accurately as I could. Without understanding the realities, no true debate can take place. In writing my book I intended to loosen the blockade of suppression of thought and discussion on the subject of Israel-Palestine. For years, especially since the assassination of Yitzhak Rabin by a right-wing Jewish extremist, a contingent of self-appointed enforcers has attempted to suppress an honest, free and full debate. These enforcers, recently aided and abetted by Benjamin Netanyahu’s right-wing government, have painted critics who do not toe the party line or journalists who report uncomfortable facts as anti-Semitic, self-hating Jews or cheerleaders for terror. Readers of The Nation should recognize this kind of smearing as a form of McCarthyism."  Max Blumenthal

This entry was posted in Israel, Palestine. Bookmark the permalink.

23 Responses to “A Response to Eric Alterman” by Max Blumenthal