The Fall TV Lineup is Out. Just in Time. by Fred

Just when you were getting tired of all the political ads, polls, fake polls, and real and fake pols. I for one am looking forward to not seeing all the Hollywood has beens tell me what I should believe, the tweet storms telling me what I should believe, and the retweet storms repeating both. Happily we have a whole new season to look forward too, which is especially appealing as we set our clocks back to give us one more hour of political campaigning. Let's take a look and see what delights we have in store for us.

Let me start with that safe stuff over at PBS.

This Old Basement. Staring Sleepy Joe and the gang.

That kind of looks like a snoozer. I bet they couldn't even get a zoom crowd for that. Though I do love Melanie's take on the basement:

"Apparently, When You Hide In A Basement, You Feel Safe Communicating Your Wishful Thinking"

Or you could get a great BidenWatchUpdate. 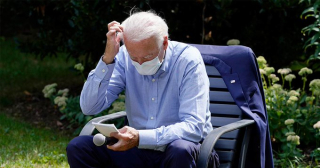 Episode 1: Where in the World am I?

Ho, Hum. I know how how to read a map, thank you. How about some shopping?

Black is the New Orange

I bet the critics will hate that one.

I Have Evidence That Will Lead to the Conviction of Hil….  aacccc cough hack …..

That'll be a judicial tear jerker. 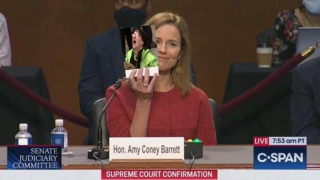 Let Me Count The Ways

"The Minnesota statute as written says that ballots not received by the statutory deadline — 3:00 pm for hand-delivered ballots, and 8:00 for ballots received by mail — “shall be marked as received late by the county auditor or municipal clerk, and must not be delivered to the ballot board.”

Letter of the law? What's that? Tune in to find out.

Opps, I did it Again

Episode 2 : Andrew A. Weissmann and the Trouble with Cell Phone Passwords. Staring, 29 laywers of the Mueller Team

Nobody will believe a story that bad. Especially not when it involves the former Chief of the Criminal Fraud Section of the U.S. Department of Justice.

Not too good a line up so far. How about the movies?

"CCP obtained the personal cell phone numbers available only to the Secret Service because the whereabouts of these members and their families were being protected by the United States Secret Service [USSS]. A traitor among them [USSS] had apparently supplied the list directly or indirectly to Kathy S. Chuang, who was hired by Rosemont Seneca, of which Hunter Biden was a co-founder."

Special closed captioning by LTG Flynn. There's some meaning in history there.

$30 Seconds over Tokyo  Million In Bejing

After you watch this one,  you'll just love doing business the Delaware Way.

Antifa, Rise of the Black Flags 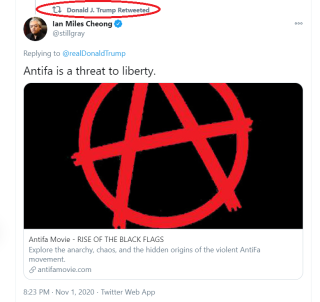 Hmmm, I thought that was getting banned off youtube. Wonder why that would do that?

Fall of the Feminazis 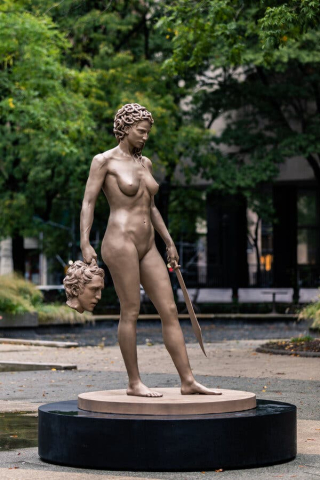 Lack of creativity in action. Inversion is all you can do? "…. reimagined as a symbol of triumph for victims of sexual assault, when it was unveiled in Lower Manhattan,… DeBlasio and the cultural marxists strike again. 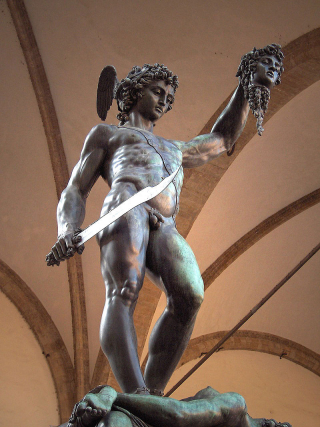 Temples, violations there of, western civilization. You might want to read up before it all gets 'reimagined'. 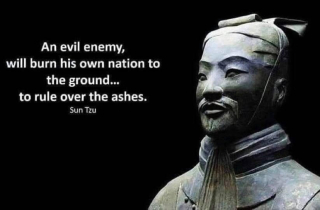 Yes, that's actually ABC News. Even if they are a year or so late.

The Other Laptop?
You mean that Christopher Wray doesn't run DEA?

Where's the old Cuban Lady when you need her?

They are boarding up in D.C., LA, Chicago and other bastions of Blue. It's almost like they don't believe all the fake polls. Notice how they are miraculously converging on plausable 'we weren't wrong' range of a Trump victory? 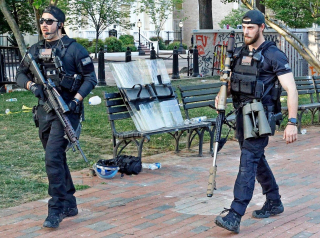 I'm sure you'll enjoy the last two shows of the new season: 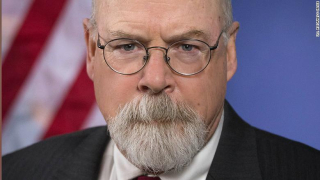 This will be a hit. You can take that to the Alpha Bank:

She whose driver  for a decade was a Chinese spy.

I'm sure Former FBI attorney Kevin Clinesmith was only the first.

Reclaiming my time the Republic

At least we will have a new year to enjoy the season's best entertainment.

1 Response to The Fall TV Lineup is Out. Just in Time. by Fred