The People Are Sovereign 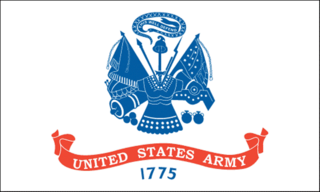 Our constitution exists not to enable government, but rather, to limit its power and scope.  It is a document that assumes, as the men at Philadelphia assumed, that "Man" is an imperfect creature who will, in the vast majority of cases, abuse whatever power lies within his grasp.  The document clearly is written in the belief that people will take advantage of whatever power they are given  in order to use it to advance their own ambitions or "feather the nests" of friends and family.  To place as many obstacles as possible in the path of this pre-disposition, our government is organized by dividing power between the federal government and the states, between the three branches of the federal government, and ultimately and most importantly between government as a whole and the sovereign people of the United States.

"[It is] the people, to whom all authority belongs." –Thomas Jefferson to Spencer Roane, 1821.

For Jefferson, the government, all government, was merely the most practical way to overcome the difficulties inherent in direct forms of democracy.  For him, government was first, last and always the servant of the people.

"The Best Government is the Least Possible," was his guiding principle.  The trick was and is to know what the "least possible" might be.

He understood clearly that the office of the presidency of the United States was limited in authority and essentially a job in which management of the Executive Branch bureaucracy combined with a stern responsibility to require that federal law be enforced.

The trappings of monarchy which have developed in the last 50 years with regard to the presidency would have shocked and dismayed him as they would have almost all of our presidents with the possible exception of Nixon.  His comic opera uniforms for White House guards will live in public memory as among his more bizarre follies.

Our last few presidents have lived in the style of kings.  They are isolated from the people and exist in a condition of pampered protection surrounded by hard eyed policemen and vigilant staffs whose main purpose seems to be to insure detachment from the cares of ordinary Americans, the sovereigns of this country.  Somehow, the idea has taken hold that the president is the CEO of the United States and that he is personally responsible for the vagaries of securities markets and the economy in general.  Nonsense!!  The president does not RUN America.  He has nothing like the power or authority that the decline of republicanism in this country has given to him in the popular mind.

"Inside the Beltway," is a phrase pregnant with meaning.  It connotes a kind of isolation from "real life" which extends up and down Pennsylvania Avenue and from which the Congress with their army of self serving staffs and dependence on paid lobbyists can not be excused.

More and more, one is told that criticism of executive branch policy is somehow un-patriotic, and that a citizen owes the president an unquestioning acceptance of policy.

Mr. Jefferson was an aristocrat to his finger tips, but he knew there were things far beyond his power as president to change or cure.  Slavery was one of them, however much he feared its eventual result  At the end of his first inaugural address he walked to the White House from the capitol surrounded by a crowd of tradesmen and children.  He never delivered a State of the Union address in person.  He always sent it to the Congress in written form.  He thought that to give such a speech would encourage an exaggeration of the idea of the office of president that might lead to what we have now.

He wrote his own epitaph:

What it does not say is "President of the United States."

"Commander in Chief" can be translated into Roman usage as "Imperator."

"Emperor" would be our form of the word.

In response to the threat to American liberties posed by the "Alien and Sedition Acts" the legislatures of Kentucky and Virginia passed the following resolutions in 1799.  They are believed to have been drafted by Thomas Jefferson and James Madison respectively.

75 Responses to The People Are Sovereign