A Bombshell Report from the New CNN

A report by Fred

There I was, first day on the new job. Trying to impress the boss with my worsmithing and insights on life, the universe, and, well – everything. Of course all good writing takes coffee, and some fresh air. So I went for a stroll and imagine, as luck would have it, what came by? I think this is what Joseph Campbell referred to as a 'call to adventure'. Take a look. 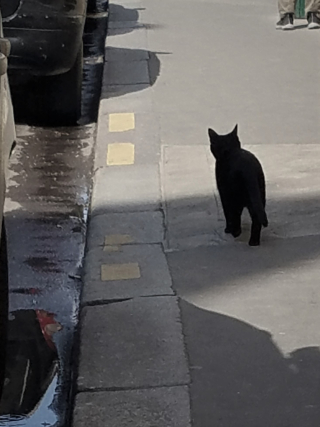 Naturally I followed along. As the newest reporter, well only reporter and head bottle washer and cleaner upper at the New CNN, what else was I going to do, get a White House Press pass? Hmm. I wonder if I could get one of those on behalf of SST. Really, if they let reporters from that CNN get them?  I'll ponder that later. Wait, look what the cat dragged in has wondered by. What a charming group of ….. 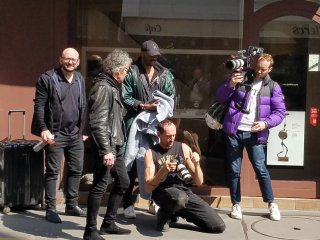 Ah, I know one of those 'fine people'. Well at least one of them is a fine person, as you shall soon see. Now, how to get her attention? Oh, I know, remember what Lauren Bacall told Bogart? That's the thing. 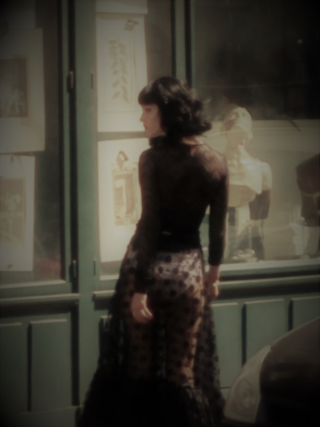 Ha! Always could turn your head with that, Mon chérie.

Ah, pardon? I'm just out for a stroll, first day on the new job, needed some fresh air and sunlight. É tu? Work? Here? They say the lighting is good? Oh, not for that dress mon chérie, the lighting is all wrong; and I thouhgt you are an expert on light.

Light can be used for what?  Excusez-moi, veuillez répéter? Finsen received the Nobel Prize in 1903 for light therapy on the skin?

Oh, so lovely and so smart. You are definitely not the kind of women for that kind of, ahem, men. Let's go for stroll while they check their lightsabers lightmeters. Here, this way, we'll avoid the tourists too. 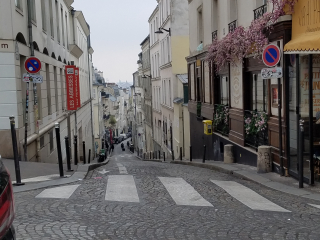 Oh, they have to quarantine for two weeks now? That's bound to be good for the State's budget.

How about a lite lunch before the afternoon shoot, I know a place for something fresh? 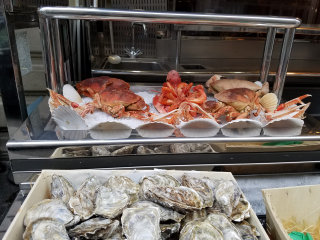 Oh, you heard about the mussles in mid-Michigan? Yes, but the Attorney General of the State of Michigan took the owners to court to force them to raise the water level, so the muscles will do quite nicely this year. The governor has the interests of the people in mind first, and the environment too.

Something light and vegitarian friendly? Ah, I know just the spot. It's in a charming area. Here, let's walk, I know a shortcut, or perhaps a taxi? I know the driver. Don't worry about the karen; I mean the blond. The driver is a friend of mine. 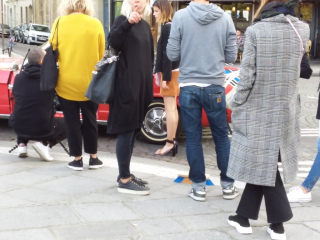 Mon chérie! You are not jealous are you? Why I thought you and Leslie could talk about fashion on the way to the restauraunt.  Did you notice her nails matched her handbag? eh? Yes, a gentleman notices details like that.

Mon chérie, you are so cute when you pout. Those are last year's shoes?  My, that's as bad as woman of the people AOC and last seaon's Manolo Blahniks. 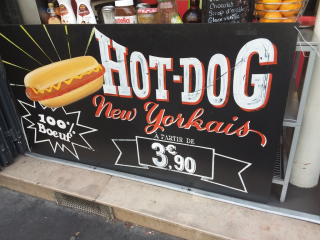 Just seeing if you are paying attention. You can't get those in New York for that price. Just a bit further on. Oh, what a lovely sight. 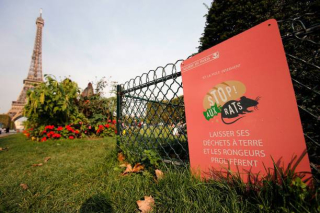 Does that sign say what I think it says? Save the politicians? Why would you ever want to do that, so many think they are all dirty rats? OH, pardon. It must have been lost in translation, I couldn't tell from all the graffitti I've seen here lately that local politicians have been doing such a good job. I myself prefer Paris in her glory. 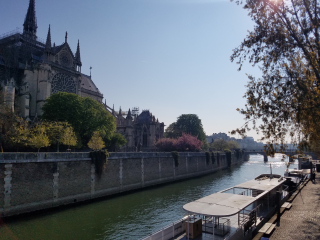 Sadly, I think the politicians will turn her into a shrine to socialism and all who follow after will never see her like again. Just like Havana after Le révolution.

What, Mon chérie, was it Cardinal Ratziner said?

"Moral strength has not grown together with the development of science; rather, it has diminished, because the technical mentality relegates morality to the subjective realm, while we have need, precisely, of a public morality, a morality that is able to respond to the threats that weigh down on the existence of us all. The real and gravest danger in these times lies, precisely, in this imbalance between technical possibilities and moral energy."

He was prescient in his observations before he became Pope Benedict XVI. I'm sure the model he follows is far better than the academic ones put together by hypocrites. But as you will recall he also said "And in the wake of this form of rationality, Europe has developed a culture that, in a manner unknown before now to humanity, excludes God from the public conscience,…" in that very same speech. Now we are ordered to exclude our presence from the cathedrals and churchs by order of the same cultural elites that exclude God from their conscience. It is the same  across  the Atlantic,  perhaps worse.

You are so right, Mon chérie. Perhaps the people will find their courage again and venture out to Church; and perhaps even to a polling booth to vote the politicians out, while they still can, no? It is definitely a thought to ponder. 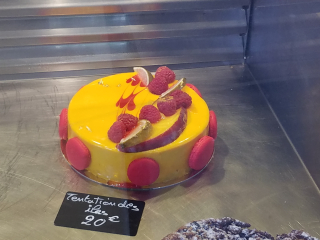 What's that Mon chérie? You can't?  Oh, I said just a thin slice, we can walk off the calories later, I don't think anyone wants to take the metro, at least not in NYC, there the governor actually had to order the mayor to shut it down and be cleaned. It was a terrrible transmission vector for the virus. Perhaps the metro in Paris is maintained better, non? 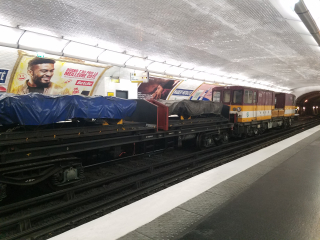 Yes, the exercise, fresh air and sunlight are good for you, and the flowers look so lovely this time of year. 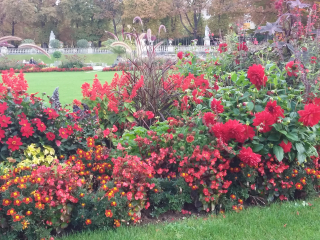 One more street to cross, just down from Place d'Italie.  Here we are, a fine place. Allow me. 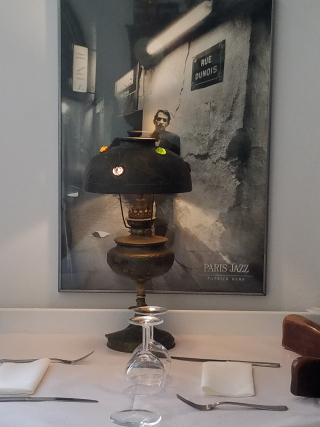 Please, let me order. Émile, something lite, ah "vegetarian" with a glass of wine. Merci. Oh, trust me mon chérie I've dined here before. Émile knows exactly what you desire. 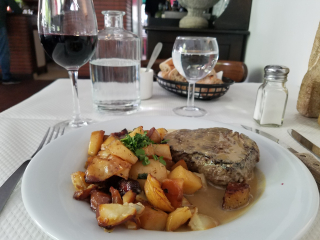 That? Why that is the vegetable of the day, with garnish and sauce. The "marron" thing is the garnish.  Trust me, Mon chérie, an American reporter in Paris knows these things. Don't krinkle your nose like that. "Trust, but verify" as we Americans say; now pardon me a moment while I speak with Émile, I'll be right back. 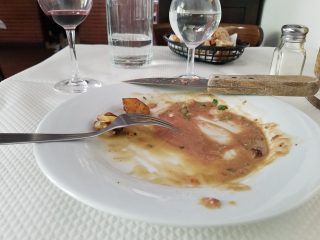 Ah,  I see you liked the garnish?  You think it tasked like steak? No no Mon chérie, that's what Texans call an "indirect" vegetable. Yes, they're real. Would an American man over here ever lie to a beautiful woman? All the time! Mon chérie, my reputation! Oh, it proceeds me? Ah, so true. Desert? 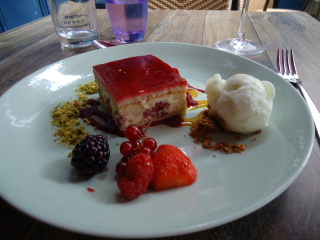 Perhaps later. I know, a woman's work is never done. I'll get you back on time, never fear. 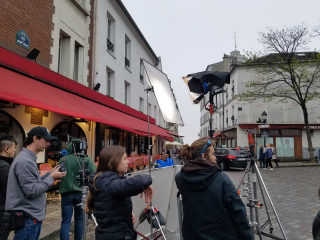 I see they are ready for you again. Now pardon me, I have to stop by the office so I can drop off my report; why yes, that's the place. All the best reporters in Paris can be found there. Just like star freighter pilots in Mos Eisley. A drink later, perhaps, great jazz after 8pm, non? 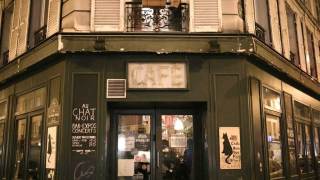 For those in the area, there's a great Moroccan place just down the street. Best couscous in Paris. Paratrooper approved, too. That's where I worked on my first report. 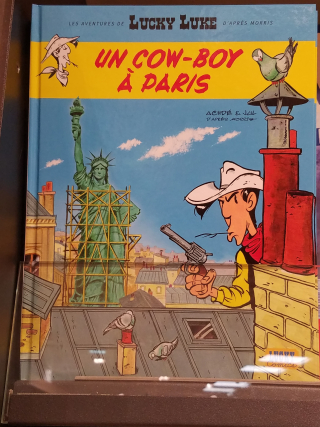 Not that one in particular, but something of lesser quality for a similar audience.  Now you will pardon me as I continue on with my journalistic duties. Let me give you the official signoff.

This has been your bombshell report from the new CCN, and, Meeee-oooow. Well, excuse me, but as you can see, someone important just came into the office. 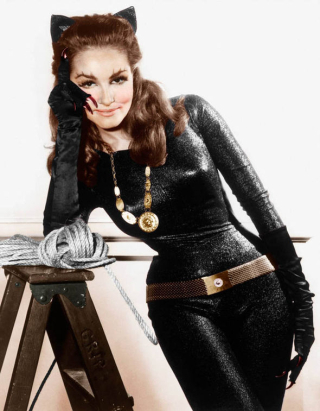 My, my. I know what you are thinking. If all of America's cat ladies looked like her, all  the men in America would be getting. - Beach Body Ready. Well, except where the cat ladies have closed the beaches.

This has been a Bombshell Report from your favorite roving reporter of the New CNN, –  Chat Noir News.

9 lives, many tales….. You'll pardon me while I chase one.

6 Responses to A Bombshell Report from the New CNN