You are probably thinking this is a post about the election, what with that "I voted" sticker in the photo. But if you take another look you'll see something you can really sink your fangs into. MMM mmmmm. Yummy. Speaking of Fang,

have you seen who that was about? Why look no further. I know, from his young and naive days. 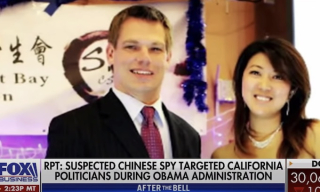 I'm reliably informed by CNN that Nancy Pelosi has full confidence in now Congressman Swalwell. Some of you are probably wonding if Chinese spys give full service. I'll leave that to your imagination, though I'm certain the CCP full has confidence in its spies, expecially given what the CIA managed to do while Obama was in office.

Congratulations to John Brennan as, according to  the ever reliable wiki, "Two months after assuming his post at the CIA, Brennan replaced Gina Haspel, head of the National Clandestine Service". I wonder why. Of course he also started the 'counter intellegence' investigation into Trump. You know, dossiers, conversations with Australians in bars, the usual excuses suspects routine. BTW, has anyone seen Gina Haspel? I bet it's just 'self isolation'.

Brennan was also one of the 'intellegence' professionals who said the election was the most secure in history. Just like Mr. Krebs, head of CISA, here stating that well, yes, Solar Winds was hacked. and, of course, it was the Russians.

Read it for yourself:

"Chris Krebs, former head of the Cybersecurity and Infrastructure Security Agency, said the massive SolarWinds cybersecurity attack"   (which he didn't protect us from)

I'd be very careful with escalating this," he told CNN's "State of the Union."  ""They have potentially compromised 18,000 companies, that to me is outside the realm of espionage," he added."

That to me is gross criminal negligence on your part.

Russia! Just like that said, and Cozy Bear too, just like they always suspected. Kind of like when the Germans knew the allies were going to attack at the Pas-de-Calais. "Trust but verify" a man that took on the Russians Soviets famously said. So I checked with my sources. You know, my buddy, Buddy Bear. You remember him? Spent some good social distancing time with him and a bit o' Kentucky's finest.

Well, Buddy told me he got ahold of his European relatives who put him in touch with his cousin, once removed on his mother's side, Vladimir (no relation). Well Vladimir told Buddy, and I'm telling you, growl for growl, what he said.

Grrer grrr rrrr grrrr. Which translates as "no way! You see (said Vladimir) Cozy Bear is a friend of mine. I've known Cozy all my life and there's just no way he could do such a thing. Really, have you seen those paws of his. No way he could use an QWERTZ style keyboard!"

Grrrr er? "Keyboard says Buddy, what's that got to do with it."  Of course Vladimir just chuckled at that. Grrrr! Which comes across roughly as "Yeah, I caught that too. ЙЦУКЕН is the common keyboard in Russia, we've got 33 lettters afterall"

Grrr rerrr –  "Got on Cozy to tell me just what he was trying to hide, especially with hibernation season coming along here. Well, finally Cozy spilled it all. Here, look for yourself" 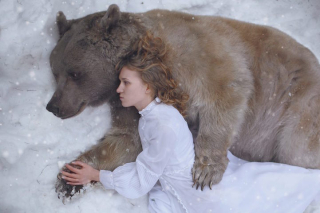 Wow! Now you'll all have to admit, that is one cozy bear. And no, there's no way he could even type on a keyboard, even if it were a CCP version. Though I must say, after taking a closer look, I can see how he could get real cozy with her, even if he was a bear. She looks like just the kind of woman to entice a man to spend the holidays with. Which of course shows you just where the spirit of the season meaning of 'SWMBO' came from. Beauty, taming the beast.

And to think, all Swalwell got was Fang. Oh, and campaign contributions and a seat in the House and on the HPSCI. Well, there's no accounting for taste. Though there needs to be one for bad judgement.

Now where was I? Oh, holiday post, food, spell check. Whoops. How did I miss that? Did I really put "stolen" up there? Well, before all you gramarians get on me let me just say,

"it's mostly correct"? That doesn't quite work, eh? Bear with me a moment.

Oh, I see what happened.  Looks like the dog ate my notes. It's spelled stollen. Or more precisely Weihnachtsstollen. It's from a little cafe up the road a piece run by a German family from Bavaria. The only thing stolen was my will power. Which is why there's only half a loaf in the picture. And yes, really, the dog did it. Don't worry though, I didn't have the heart to punish him. I decided to try him out in a new job. I think he'll be great. 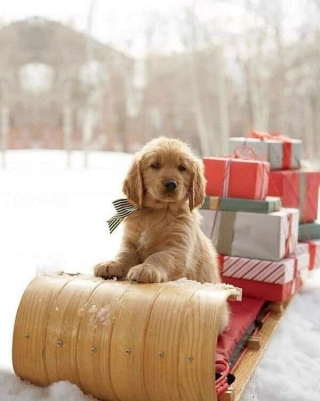 Little Yeller. Man's best friend, most of the time.  Now where did I leave my sack of coal…….

Merry Christmas to you all.