Fred here, reporting from the Office of the President Elect Fred.

Whoah! You say. President Elect Fred? Didn't you hear? It was reported by FOX – Fred's Original X-news. You might think I made that up, just like AP did with 'President Elect Biden' and you'ld be right. What authority did they have to declare who is president? 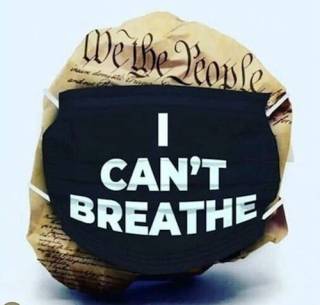 Yeah, I feel the same way baby. Where were we? Article 2 Section 1:

"Each State shall appoint, in such Manner as the Legislature thereof may direct, a Number of Electors, equal to the whole Number of Senators and Representatives to which the State may be entitled in the Congress: but no Senator or Representative, or Person holding an Office of Trust or Profit under the United States, shall be appointed an Elector."

Wow, I don't see "the Associated Press" in there, do you? Yeah, I guess Biden's not "President Elect" is he? Now on to the analyis using what I term: "Biden's Law"

Hopefully you've all seen the analysis of voting utilizing Benford's law. Seen it before it got suppressed by the self declare true-blue arbiters of elections, Gulag, Twitter, Wikipedia, etc. I'm here to tell you that is the the wrong approach.

Yes, you read that right. Cash every check. Let me explain.

You see my neighbor owes me money and he doesn't have any of his own to pay me with. It is especially bad since he is a deadbeat was declared "non-essential" by the Governor of Michigan. Now if a check happened to show up in his mailbox, under Biden's law he could cash that and waalah! He'd have money to pay me. See how that works?

But, but, that makes no sense at all, you say? How do you know check is actually from a valid account, an account with enough funds or even if it was made out by the person who owns the account you ask?

Tsk, tsk say I. How dare you say your money needs more protection than your vote. So what if that check's made out on your account. Once my neighbor has cashed that thing he can pay me. Under Biden's Law even if you verify the problem after the fact he'll get to keep all that money. Kind of like Mr. Misfud, or Hunter, remember them? They sure cashed those checks and kept that money. Do you hear the CIA/FBI/China/Burisma asking for any of that money back? Guess they got exactly what they paid for.

Cash Every Check, it's just like Count Every Vote, only with your money.

Still not convinced? Still looking for clarity? Read on, as I'll give you a framework of analysis that's going to be far more useful to you than the one the flying monkey pooh flingers of the MSM are giving you.  Especially since The Kraken seems a bit sluggish this Monday morning.

Algorithms and voting spikes, like the miracle spikes for Burisma Biden's Dad in PA or GA and a few other places. Now for you math challenged, or if you are just rusty with your SQL programming, let's start with a simple question: Just what is an algorithm? Think of it like this:

How much wood could a wood-chuck chuck if a wood chuck could chuck wood?

Now being amongst the smartest people on the internet (that's a pretty select crowd, too, so congratulations)  you are thinking to yourself: Fred, is that a Pennsylvania woodchuck, a Michigan woodchuck, a Wisconsin woodchuck or a German woodchuck?

Smart people. I'm so glad I'm dealing with smart people; ones that ask such bright questions right up front. Yes, yes indeed there are different types of woodchucks. There are those that count and count and count again, commonly found in and around Milwaukee, WI.

Then there are those that stop counting and chase out observers before papering over the windows and staring to count again, most commonly found in the city that sent a mayor to prison and his mother the congresswoman to the unemployment line, Detroit.

Then there are those fine Yankee stuff the box count'n kind that just need a few more days, thanks judges! Those are most commonly found in Philly. 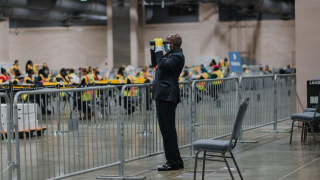 “It’s inexplicable that five justices on the Pennsylvania Supreme Court would conclude that watchers observing from distances up to 100 feet away is reasonable.”

Of course there are also Southern woodchucks. The kind that ask the SOS to send that voter registration card to their FEDEX/postal box (To register to vote in Georgia, an applicant must provide a residence address.) Those ballot harvesting vot'n kind of woodchucks are found down Atlanta way.

As for myself, I wonder what kind of wood they chuck. I'm sure they might have trouble with L Lin Wood.  I'm sure Ms. Kraken might wo-man'splain just what trouble that would be.

Oh, that other woodchuck, the German kind? Well they've got some three letter descriptions which are best handled by anonymous reports that smoke up the news lines. You should ask Gina Haspel or John Brennan just what kind of counting they've done in the past and just what are their operatives doing in US elections? Probably nothing, just ask Comey, Strozck, Mueller & Co.

You should look into it, then things would be a bit easier to understand, as shown here: "Under the pretext of assisting election officials conduct “safe and secure” elections in the age of COVID, Zuckerberg donated $400 million — as much money as Congress appropriated for the same general purpose — to nonprofit organizations founded and run by left-wing activists. The primary recipient was the Center for Tech and Civic Life (CTCL), which received the staggering sum of $350 million."

And you thought the legislatures – answerable to the citizens – established voting rules. Silly peasants.

Now if you think that woodchuck alogrythim is complicated, well you aren't just whistle'n past the grave yard where one guy got all the vote. 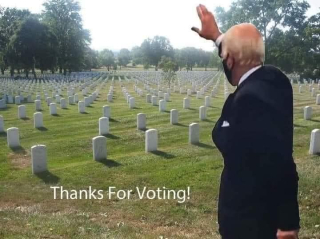 Let me give you a pictorial representation. There were ‘computers’ involved. Here’s an example of a great computurized tabulator: 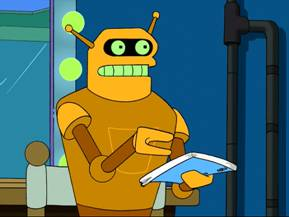 Calculon! Wow, what a technological marvel, with artificial intelligence. If only they had artificial common sense installed. That human kind sure doesn’t seem to be getting much use lately. How do those things count? Like this:

1+1 = Fred wins! Wow, thanks Calculon. As President Elect I will ….. Just kidding. Wanted to see if you were still paying attention. Unlike the fine people at AP who appear to be acting just like the people on the original journolist.

But back to the counting.  Just how many ballots can a Calculon 2020 handle per hour? How about 149,772 in 5 seconds? Guess how many were for Trump.

Still wondering how this all adds up? Let me give you a production example out of my old industry, automotive manufacturing:

That's a coil fed blanking press. Raw steel in, blank sheets of steel out. It has a maximum run speed. You only get so many blanks per minute, and there are still only 60 minutes in an hour. Imagine putting blanks into a machine like that and getting license plates out. Quite labor saving, especially when Kamala isn't filling prisons like she used to. Works the same way if you were making car doors or doors for you stove, in case you want to cook up something special, like an election. (Sorry, I'm getting ahead of myself.)

OK, it only makes so many pieces per hour.  How does that relate to a ballot scanner?

Well, if you have to hand feed a ballot into a scanner that takes an image, then reads the image, then counts results off the scanned image, how long does it take run each individual ballot through and have the software read it? How many ballots per hour?

One other minor question: Were they all running windows95 the same software version? Did something new get installed the day before and just how did they test that? Questions, questions.

Here's another explanation (which is where that 384,733 comes from):

Then there's the great Flash Drive Find of 2020: 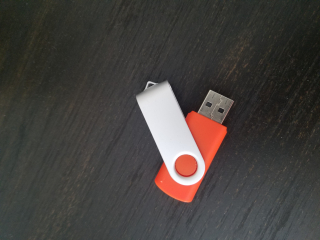 You are probably wondering where that came from and just how many votes for Fred Trump might be on that thing. Think anybody in the states they were lost/found has a chain of custody document tracking all their flash drives? Yeah, didn't think so.

Now, before you go counting your chickens, or making housing arrangements in Swampburbia, you might chill a bit and see the truth to come. Or if you need some more information about counting without using Biden's Law, just check out these detailed accounts:

"The reality is that we are now at a count of 682,770 ballots for which we have affidavits that there was no inspection of that ballot at the time that it was entered in the vote. It was a mail ballot." (From Rudy's press conference)

Shipwreckedcrew at Redstate with his analysis.

In summary: What is the Electoral College Vote Count: Oh, that's right, they don't meet for a couple more weeks.