IMO Iran will wait for Biden 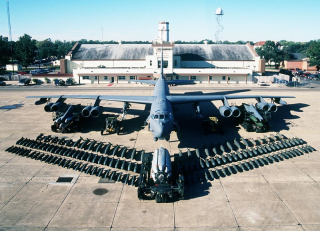 A journo friend called yesterday to ask my opinion about the course of near term events regarding Iran.

The murder of a senior Iranian scientist at the weekend may have been done by Israel or the United States or both in cooperation.  He may or may not have been the "father" of an actual Iranian MILITARY nuclear program as opposed to a CIVILIAN electric power focused program.

In the 2007 NIE on Iran the USIC would not commit publicly to the existence of such a military program and they never have since.  The theory of the case then was that Khamenei ordered an end to an experimental military program after the occupation of Iraq by the US and the destruction of the Iraqi government.  Khamenei published a fatwa stating that such a program was an evil thing and was no longer needed as a deterrent against Iraq.

The subsequent US/Israeli focus on a putative Iranian nuclear weapons program was IMO an artifact of the Israeli/Cheney/Ziocon fascination with their 1% theory of strategy.  Stated simply, this is the concept that if anything can possibly threaten you, even at a  1% level of probability, then you should seek to crush it.

On that basis the Israelis have long wanted Iran crushed.  They have lacked the means to do it themselves unless they want to use the nuclear weapons they pretend not to have.  They evidently do not want to do that and so their long yearned for solution is that the stupid but strong Americans do it for them with perhaps a minor supporting role for themselves just so that they can claim afterward that they did all the hard bits.

In that context the death of the Iranian savant is easy to see as a provocation intended to bring on an Iranian attack which could be used to goad Trump into a grand finale effort against Iran.

The USS Nimitz Battle Group is in the area with all its wondrous  planes and missile shooting ships.  The US has been moving JDAM shooting B-52s into the region for a week.  Things like the B-2 bomber and B-1B are on call from far away.  Someone has been setting the stage for …?  Who knows?  I doubt that it is Trump.  He has shown himself to be long on talk, and short on actual shooting.

Are the Iranians dumb enough to take the bait?  I doubt it.  All they have to do is wait for Joe, Blinken et al to take over and they are likely to get something very like JCPOA.  pl

34 Responses to IMO Iran will wait for Biden