Nancy Blows It! The Unmasking ….. by Fred

Another day, another story, another reality revealed. 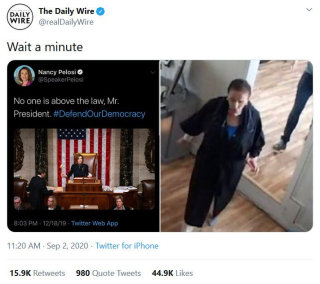 If it is safe for an 80 yo member of congress to get a haircut, it is safe to vote in person.

If it is safe for an 80 yo member of congress to get a haircut, it is safe to open small businesses. Just don't mention hydroxychloroquine (HCQ) + zinc + azithromycin, that gets you purged by Gulag.

In Dallas, opening a hair salon was a week in jail for the owner.

But the danger! Yes, the danger. Because schools and churches are where the voting precincts are. That's how the left will suppress the vote, by keeping them closed, and forcing junk mailing style elections. As to Nancy's dilema, let's hear from an expert, who is rumoured to say:
"Be carefull where you get a blow and dry" 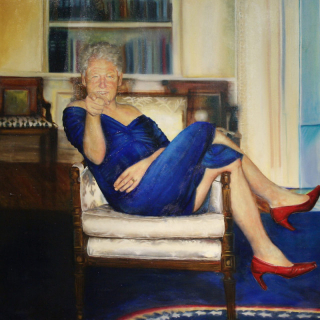 Sure looks like an expert to me. Remember, Jeffrey Epstein did not kill himself. Nor did Ghislaine Maxwell, yet.  Now,  a quick update because it's just too good to pass up:

and back to the world's best press:

David Brooks calls for a color revolution as the elections are failing his ideological breathren.  What do you do if Trump doesn't leave. I say you are telegraphing what your pals on the left plan to do when they lose the election.

In other news, The left has new Martyrs 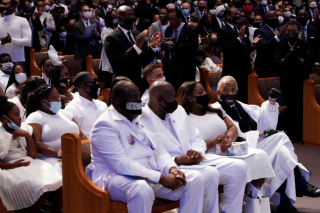 I wonder how many died of Covid after that. Anybody got any idea? Cases, cases; I wonder if Goebbels knew propaganda came in cases?

Here's an update from BLM/Antifa's "Operation Suck it up, Buttercup" in Rochester, NY.

Meanwhile, Joe Biden, former VP of the United States and Democratic Candidate for President, draws a crowd smaller than the one which burned a 100 year old book store. 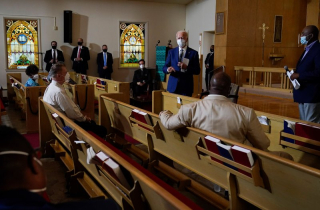 I wish somebody would help Joe shed some light on what's happening oh there he goes again. That's bad when even CNN calls out your BS Biden Slip.

Meanwhile: Antifa's Own; Mostly Peaceful, He "Punched back twice as hard.", hero (or is he the "kicked him when he was down." hero?) volunteering to spread the narrative. You can duckduckgo for historical reference to those quotations.

According to the lord of evil with the evil legion of evil, or whatever label he's being given/going by, this was an "assassination" of a Trump supporter in Porland. I'll leave it to you to judge the credibility of the report and the credibility of the source seperately and make up your own mind. The assasin is to the right in the photo and can't see the victim, yet, but is getting ready to.: Apparently the Martyr was willing to talk to Vice, just not the detective sqaud. Looks like he shot at the wrong people. If you are wondering why the Portland Police couldn't find him when he was giving interviews to the press, you might start thinking about who your votes put into office and what they'll do with that power. As for me, I'm waiting for Obama to enlighten us with his wisdom.

To others out there it is not only heros, but folk heros, that are being born. A musical example embedded here:

embedded video of the Kenosha Kid 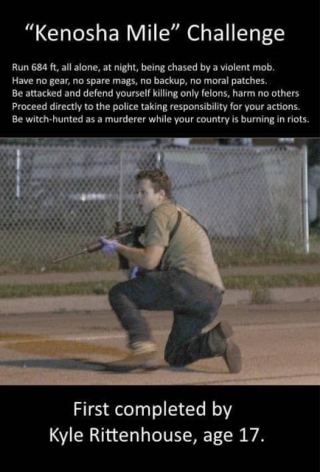 I wonder what other things will come to light. Let's see what's new.

Twitter locks out lawyer. I wonder how much that will cost them.

And in the nation's capital – Play it again, Sam. 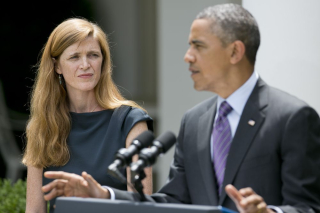 Oh, look, no masks! And you thought that got covered up by the investigation done by the Mueller team? Let's go over this one more time:

The document declassified by DNI Grenell shows that there were 14 unique days when the NSA received requests to "unmask"–the first was on 30 November 2016 by UN Ambassador Samantha Power and the last came on 12 January from Joe Biden. There were two separate requests on the 14th of December by Samantha Power, which indicates two separate NSA reports. Samantha Power would not have to submit two requests for the same document.

There's more here to clear up the confusion.

Why do I bring that up? Just to distract you from the Russian Collusion, Stormy Daniels, Whores in Moscow hotels, Emoluments Clause, Ukraine, Biden Meda-donor owned magazine article with 4 anonymous sources attacking one of Trump's strongest connections to American voters? Nope; just to report some actual news.

"The US and General Flynn have agreed no further briefing is needed. Amicus will file his reply by Sept.11 & we are all available for any hearing requested as early as possible Sept. 23. Full filing at:"

No wonder they pumped out the Fake News.  This is best summarized as: 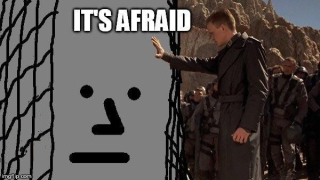 More to follow, including an update on that Biden's Mega-donor bombshell report with all the NPCnews details you can trust by intrepid reporters NPC666 and NPCmorebs.

11 Responses to Nancy Blows It! The Unmasking ….. by Fred