Banned by Biden! A Digital Iron Curtain Descends Upon America. By Fred

Just what has been banned? Masks? Oh no, he's gonna make them mandatory nationwide, like women wearing a burkha in Saudi Arabia. You have undoubtablely heard about the Weineresque hard drive discovery involving Hunter Biden and his emails. You probably didn't see it on Twitter or Facebook. 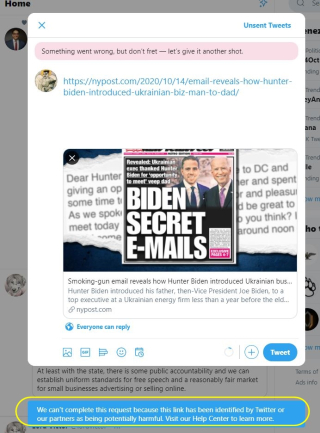 Censor the press? Why yes, that's exactly what was done here. Questions from other competitors in the press? Well those aren't banned; however, it sure looks like the Biden campaign supplies those to the fake news reporters. Let me suggest one. 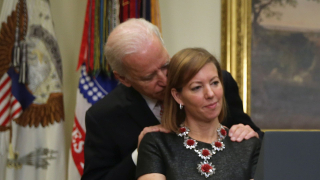 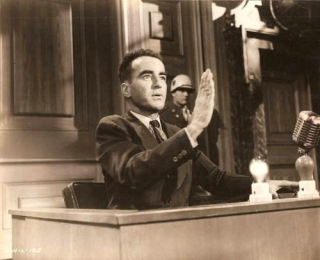 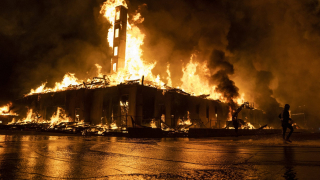 After that gets sent out, and we see the replies, we will have enough information so that we can make a good judgement at NuremBiden'Bamaburg. I wonder if some of us will be as judicious as Judges Sullivan or Gleason? I will certainly remember who was declared 'non-essential' and who did that to whom. She was not alone. Twice rebuked by the State's Supreme Court. You don't see much coverage of that legal case on CNN.

I ask you all, just days away from the election, was there a question from the press to candidate Joe Biden about this story? Not from Clinton's man, George Stephanopoulos. He had him on air for over an hour. Not One Word.

The WhiteHouse Spokesperson, Kayleigh McEnany, too dangerous for FB and Twitter. 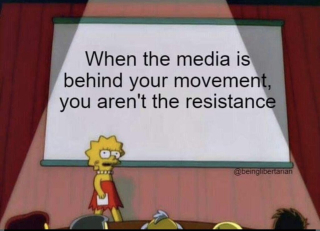 She was not alone in being locked out. So was the author of the story, the NY Post, and the Trump campaign account, amongst many.  To quote a Tennessee lawyer with a blog:

"Everyone I’ve talked to who is ‘minor’ on the right on Twitter (including me) is being blacked out. ‘Twitter is overloaded.’ ‘Sorry, we can’t post this right now.’ Etc. I think that Twitter realized it couldn’t kill the big accounts without blowback so it’s trying to cut off the oxygen by killing the retweeters. I don’t have any contacts with major players in this field. And because of how it’s happening, I’m not even sure they’re aware. But people like me (100 followers) aren’t being allowed to post, comment or retweet. And it seems to be twitter wide. If you’ve got contacts that can get the word out, so much the better." via Glenn Reynolds.

What did any of the Fact Checkers do to fact check? Did anyone call Ukraine? 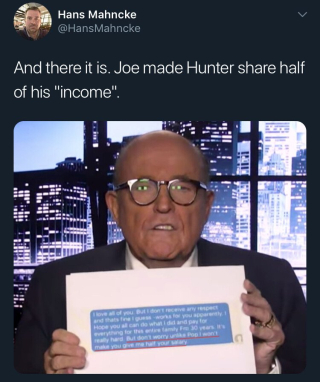 Okay, anybody besides Rudy? Perhaps they should send someone with a great reputation and proven integrity. I suggest they find someone with that sign of Imperial Condtioning.  I mean certified Twitter Blue check, like this guy. 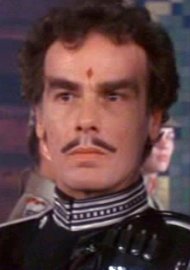 Sorry, my handling of the file photo of a guy who had ulterior motives was not good. In case you're wondering, it didn't work out like he thought it would. In related news C-SPAN suspends political editor Steve Scully. Yes, he was going to be the presidential debate moderator at the second debate; now he admits he lied about his Twitter feed being hacked. Blue, check. Just like all the others. If you wonder why they conform, look at this story from June. And this from August.

That censoring of the NY Post looks like political interference, doesn't it? Or just an in-kind contribution by two social media monopolies to a campaign whose candidate is afraid of the American people, is lying about packing the Supreme Court, and can't handle a question about his son.

Facebook, with 2.7 billion active user accounts and a market cap of 700+billion is listed on NASDAQ.

Twitter, with a paltry $36 billion market cap is listed on the NYSE.

Both are actively interfering with the election and censoring the free press (The NY Post, one of the oldest papers in the Republic.). What is the FCC (deep state lite) going to do? Send a tweet and promise to clarify an interpretation to a rule. Right, how effectively nothingish.

Perhaps the president should direct a stop in trading in their shares until they stop interfering in the ongoing election. Oh, that would be bad, wouldn't it? How about just issuing a DACA – remember that sacred executive order that can't be overturned? – style executive order revoking section 230 protection for these companies. Who needs congress anyway. It worked for Barack. (Who knows absolutely nothing about all those kickbacks.)

Why aren't the reporters asking Biden about this story? Are they cowards who put a paycheck above their integrity? Why is Biden hiding in the Führerbunker? What is Biden afraid of? That some member of the press will channel Senator Hirono and ask:

"“Since you became a legal adult, have you ever made unwanted requests for sexual favors or committed any verbal or physical harassment or assault of a sexual nature?” and “Have you ever faced discipline or entered into a settlement related to this kind of conduct?” No, the'll never ask him that. (I wonder if anyone will ask Hunter those questions?)

So what is Joe afraid of? He certainly can't be afraid of the FBI or DOJ after what Comey, Wray, Rosentstein, and Mueller did for him. (In case you are wondering what the FBI, led by Christopher Wray, did with the alleged evidence?)   Well, the Col. did have a post about the Catholic Church, so perhaps Joe is having a come to Jesus moment in the dark watches of the night. Quo Vadis Joe, Quo Vadis?

But fear not my fellow Americans, to quote Yoda, there is another: 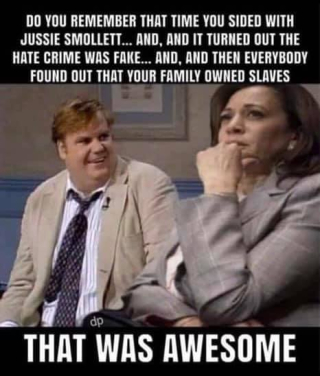 FaceBook and Twitter: The Two Towers of the Digital Iron Curtain, conformity enforced by 10,000 H1B visa holding guards and a 'trust and safety' council answerable only to the richest oligarchs on earth. They are fully behind Joe Biden, who for 47 years has been a public servant – of the 'deep state' and the Davos Democrats – and now Red China, too.

The Tech Giants have banned, 19 days before the election:
The Trump Campaign, The White House Press Secretary, members of the Senate, and that is just the start. As Senator Feinstein asked Judge Amy Coney Barrett, is anyone above the law?

A digital iron curtain has descended upon America. You're on one side of it.

16 Responses to Banned by Biden! A Digital Iron Curtain Descends Upon America. By Fred