Madness, it’s madness. In March. You know what that means – ……. by Fred

Get your brackets ready!

Remember when the real press carried the real important news in March?

My where have those days gone. It was all so much fun. "Obama played pickup games throughout his marathon campaign…." The ultimate playa.

But we can restore the spirt of the old days, because we have – a blog!

Step right up, because these are your favorite weeks of springtime for Obama sports fanatics. It's March Madness and time for the sweet mean sixteen, in Syria. Remember, Damascus Lawrence, Damascus. "

Sorry, that was so last season. You know how that turned out. But it's a new tourney, with new teams, so select your favorites:

Now, a word about the rules of the game.

"Cool clock, Ahmed. Want to bring it to the White House? We should inspire more kids like you to like science. It's what makes America great."

Sorry/not sorry about that lawsuit.

No, no, not those guys. Real chemical/nerve agents must have been there.

the White Helmets. Who needs chemical protective gear in a war. Gosh, it's not like this event is real news to be breathlessly reported. If it was you'd hear from our one man shop in Coventry.

Got your favorites picked out?

"Ahmed al Tayeb, the Grand Sheik of al Azhar University has not only condemned ISIL's burning of Lt. al Kasaesbeh, but has stated that "such a form of killing, is abhorrent under Islam, no matter the justification"."

Hey Fred, how come the Nour al-Din al-Zenki Movement and the Army of Mujahideen didn't make the cut? Who took them out? Oh, Jabat al never mind.

Where's the red line Fred? Which one, dear reader, which one? Better hurry with those picks, it's getting late in the tourney. What kind of surprise can turn this around for team "Free Syria"? Earlier on we saw the new Coach of the West cruise on in with a game changer:

Sorry, but even that wasn't quite enough. Time to juggle the line up.

So Coach Trump has brought in Bombing Bolton to strengthen the shooting line? He never did win a peace but he sure knows how to leave a nation in pieces. Well, as the saying goes, sometimes you eat the bear, and sometimes the bear eats you. I wonder what the opposting coach is going to do? Say "hold my vodka" and surprise the US? That'll get the right wingers laughing.

Send in your best coach, go ahead, we dare ya.

Woah.  What kind of bear is that? That's not on the approved play list. Nope, not a black bear, not a grizly bear, not even a teddy bear. What's that you say, all's fair in love and war?

Well that means just one thing America. We have a …… Bear Gap! Yes, a Bear Gap.

I demand we take action to close the Bear Gap! and do it soon. We better look to our best and brightest, in the heart of the defense establishment, bowels of the think tanks  the swamp. I'm sure there's something right there in the 1,200 page omni-bulls*&$ spending bill you can use. Just say you read it in there somewhere – because nobody else read that damn thing before they voted for it either. What do you think they are, responsible leaders? So take the kind of action only you can do.

No, not that. This takes real strateregy. I suggest you try treating the necons like bridesmaids at a wedding; becasue they all know they should be the one to marry the groom. So give them just what they deserve:

Yep, that ought to do it. We may still have a Bear Gap, but if there is one thing we have no shortage of in this age of soy-boys and cat ladies in waiting it's cats. So toss them a bob. That'll keep'm busy for awhile.

"Republican Senator Lindsey Graham asked whether it was too strong to say that with Russia and Iran's help, Assad had "won" the civil war in Syria.

"I do not think that is too strong of a statement," Votel said."

You read that right folks. 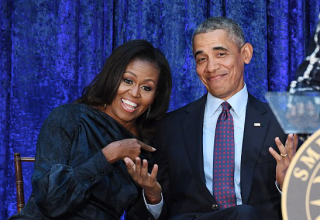 39 Responses to Madness, it’s madness. In March. You know what that means – ……. by Fred