Profiles in Cowardice …… by Fred

In honor of Fake news pronouncing a Fake President I felt we should reflect upon those so under appreciated in the Republic. So, taking after the Kennedy's, just like Joe does, I offer this small offering for the public to peruse ……. America's Cowards. Because you, and they, deserve it. So without further fanfare: I was going to use a photo image portraying something like Joseph and the Amazing Technicolor Dreamcoat, but too many wouldn't understand the biblical references, or would just "Turn on, tune in, drop out" like the hippies, and Hunter, did so well. Besides, Joe's coat has red tails,   and not this kind. That's an actual hero.  Then there is this ""Democrats are on the verge of losing three California House seats… ". So I went with the photo above, because like son, like father; he just needs a little proping up from enablers.

Joe, your son is a drug adict. You got him a job in the Navy, he got canned, and rightfully so. You enabled him – again – to get that job in Ukraine, and elsewhere. I wonder what's on that laptop you said is really Hunter's but we don't need to worry about? More about that later.

If you think Joe is going to be a Catholic president like JFK and want to know what you are in for I offer up this piece of history from the '60s: "The man who got it right at the time was the British Prime Minister Harold Macmillan. He grasped the important point that electing a Kennedy was not so much giving office to an  individual as handing over power to a family business, a clan, almost a milieu, with a set of attitudes about how office was to be acquired and used which at no point coincided with the American ethic. Having paid his first visit after Kennedy's election as President, Macmillan was asked on his return what it was like in Kennedy's Washington. 'Oh,' said he, 'it's rather like watching the Borgia brothers take over a respectable North Italian city.'"… ." 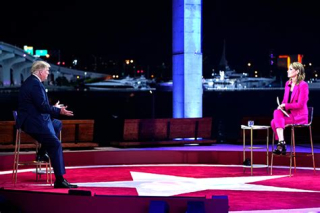 Does that lock on the door work to keep out the truth, kind of like Matt Lauer kept everyone from learning it? I know, you didn't know nuff'n.  You've got even more company in the "everybody that is somebody" don't know nuff'n club, hon. Hunter's laptop is the story of the decade and you don't cover it, or ask why the FBI had it in December of 2019 and did…….. just what you are doing, apparently. 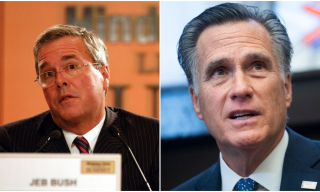 Not a single vote has been certified, there is massive credible evidence of fraud in multiple states and you already conceded? Not brave, not at all. No wonder you and Mr. Low Energy lost. 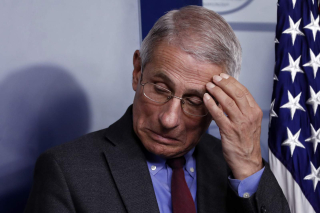 Forty years in a government job. Expert epedemiologist. How many grandparents died in nursing homes in New York, New Jersey, Michigan and elsewhere because you didn't stop Cuomo, Murphy or Whitmer from sending infected Covid patients back to nursing homes? Why haven't you been fired already? Good news though, the covid is over, as we see here: 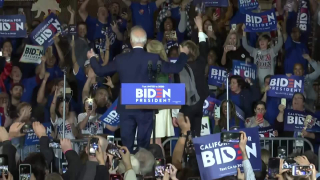 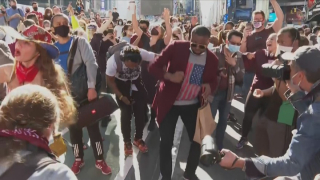 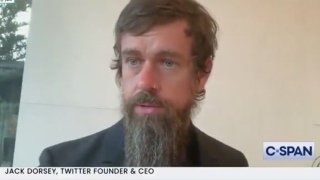 (Reminds you of Saruman without the charm, doesn't he?)

What other news is he suppressing?

1. Statistical Analysis using Benford's law.  or the first-digit law, is an observation about the frequency distribution of leading digits in many real-life sets of numerical data. It is used to check if a set of numbers are naturally occurring or manually fabricated. It has been applied to detect the voting frauds in Iranian 2009 election and various other applications including forensic investigations. See link for details.

2. Stop the Steal. Just try and find it under #StopTheSteal

Don't worry, the Princeps of Cowardice, in position six, 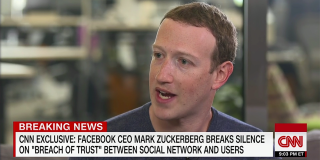 Is only making sure you don't post information on Benford's Law, statistical anomolies on the vote in PA, MI, WI etc…..

As Sydney Powell points out: Attorney Sidney Powell Drops Massive Bomb: "We've Identified 450,000 Ballots That Miraculously Only Have a Vote For Joe Biden"

Then there are these rapidly memory-holed stories:

Software programs count, don't call them 'glitches' when they are all counting errors in one direction.

Computers are just like robots, they do what they are programed to do.

"Election officials estimate that roughly 80,000 absentee ballots were impacted by this glitch, yet decided to push the impacted votes through, knowing some of the votes would likely change." from a piece titled: "The Glitch Went Down to Georgia"

Which reminds me of when this guy went down there: 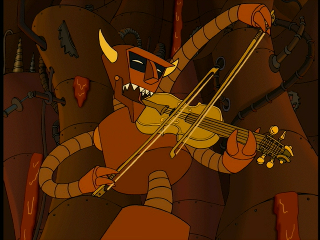 I hear Trump played the drums in school.

If you are wondering, no Google hasn't changed it's tune any, but it is changing the meaning of words. She's making a list, she's checking it twice. She knows who's been naughty. She and her followers won't be nice. Her acolytes are eager to help impose Democratic Socialist Justice. See every socialist dictator in history for examples.

They aren't alone. I suggest one of the old FDR internment camps for re-educating the deplorable chumps.

You are probably all getting a little depressed, what with a full frontal assault of demorilization and demonization from the press, and now little ole me with my blog post. Here's something to lift up your spirits, so you can persevere to the end.

The greatest prosecutor of mafia bosses in history. What's he been doing lately? 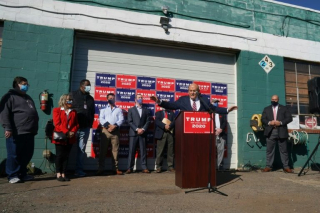 How much  in PPE loans for a lawncare business? Rumors of money laundering operations are afoot. I'm sure that's nothing Savanah Guthrie and her crack team of journalists want to look at.

Any other surprises out there? 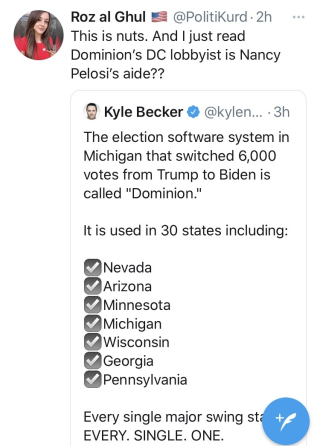 "Nancy Pelosi's long time Chief of Staff is a key executive at Dominion Voting Systems whose software was used in all the contested states where "glitches" occurred in favor of Joe Biden. Also, Diane Feinstein's husband is a significant shareholder in the company."

Will wonders never cease. Looks like somebody took Rahm Emmanuel's advice and Learned to Code. Too bad those classes didn't come with a code of ethics. Which journalist will win a Pulitzer for a story about Russia Collusion this collusion?

Now back to reality. 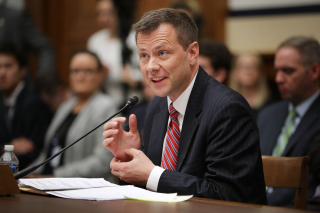 Peter Strzok is just the FBI agent to tell us how to get a FISA warrent to surveil people who are on record negotiating with a US citizen to get access to a politician and affect US policy. It's right there on the  laptop from hell. The FBI has had it for months. I wonder just how many FISA warrants were issued?

You are gonna be one of the fall guys. Now if you had only kept clean a while longer you could have been in on the biggest bust of foreign interference in an American election in history.

In the Ninth Circle 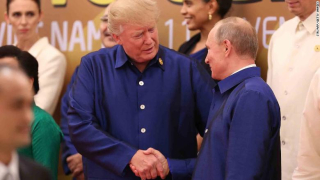 NOooooooooo! Not Vlad. Do you know what he does to people who make him made? I don't want to find out either. That's just a place-holder photo since I don't have any pictures of Russian Trolls. Apparently when exposed to sunlight they turn to stone. Really. Why haven't we heard a word from the dozen trolls who defeated Brennan, Clapper, Strzock, and yes, Hilary.

J'accuse Trolls! J'accuse! No Dominion for you. Apparently other programers took care of all that. 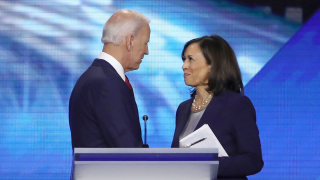 "With VP Pick Kamala Harris, Joe Biden Gets a Digital Juggernaut" You didn't get a single delegate to the Democratic Convention, some 'Juggernaut'. Now as the Democratic VP candidate you are being unfairly tainted by allegations of being ready to use the 25th Amendement to remove Joe from office if and when he is inaugurated.

I think you would never do that. You were going to use that laptop and all the rest to bust the Bidens and roll up the whole shebang. I'm sure you misread Machiavelli that way.

You would'a been a contenda! You, the clean Woman prosecutor in the New Era of New America. True, all that vote rigging,  that's how they beat Scott Walker in Wisconsin in 2018, Tom Foley in Connecticut in 2010, and Norm Coleman in Minnesota in 2008. You aren't going to get away with it.

You won't be First Woman President, no, now you are just going to be remembered as a woman tied to the hip to the most corrupt politician since Agnew.

16 Responses to Profiles in Cowardice …… by Fred